Quicken Loans Arena, home of the current NBA champion Cleveland Cavaliers, is set to receive a $140 million transformation. Designed by SHoP and Rossetti, the project will consist of significant upgrades to address the arena’s structural and operational deficiencies and improve the overall fan experience. 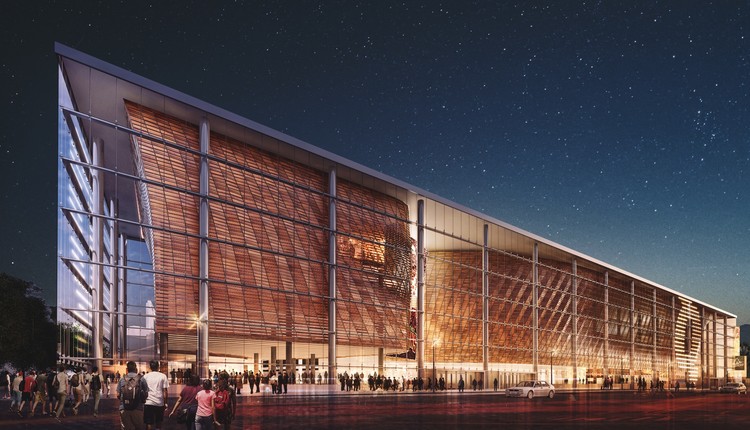 The renovation will add a total of 153,000 square feet to the complex, which will include a new civic entry space aimed at connecting to the city by maximizing transparency. Behind the curtain wall, the carapace of the arena will be clad in a undulating panel system that pulls up to invite visitors into seating areas.

The renovation will also consist of a range of new dining, bar and event areas within “activated new neighborhoods” to enrich the visitor experience. Public areas and former bottlenecks will be opened up to improve circulation through the complex and make navigation more intuitive.

The cost of the transformation will be split between private funding by the Cavs/Quicken Loans Arena organization and the County, City, and Destination Cleveland. The estimated $140 price tag compares to a $500 to $750 million range for new built arenas.

As part of the deal, The Cleveland Cavaliers will extend their lease with “The Q” to 2034. Upon the project’s completion, the venue will serve as a future location of the NBA-All star week, which is estimated to bring $100 million in economic benefits to the city.