Text description provided by the architects. Deprivation and misery in the northern mountain of Vietnam is no longer unknown. Many children there do not have enough food to eat and clothes to wear. They study in old and dank classrooms and other facilities are also in bad condition. This circumstance is also not an exception for Lung Luong, a village with the most difficult access of Thuong Nung Commune in Thai Nguyen Province. Lung Luong also faces many other obstacles: The path to the village is extremely rough and the width is only two meters. There is a lot of sloping area in the mountain- being even a little careless, people may slip and fall down very deep. Most of the Mong ethnic people live there and 90% of the households are poor. In that context, improving health care and education for children becomes a difficult task to solve.

Lung Luong elementary school is located on a rugged peak of a mountain. Before, a school project was sponsored by the “Poor Students Fund” but the building was only in temporary condition with torn canvas preventing cold draught in the winter. The foundation of the classes was made from soil, the wall out of pallets, the roof covered by fibro cement and gables were surrounded by bamboo wattle. Especially when there was heavy rain and draught, it became piercingly cold.

Now, after two years of construction under the guidance of Hoang Thuc Hao Architect, Lung Luong elementary school newly appears like a fresh jungle flower in lively colors and with modern design language. The building has a strong visual effect: every angle brings different feelings and inspire children in lesson time.

The goal of this project is to create a school with conveniences striving against the harsh nature. The design ensures standards of lighting, ventilation as well as sound insulation. The school has enough classrooms, multi- purpose rooms, medical room, library, kitchen, toilet and dormitory.

With the conception a school being a mountain and a mountain being a school, we can see its chimney from every corner of the school. The classrooms are compatible with the mountain, spaces between them are slots which makes everything appears like an architectural picture pasted on the terrain. The corridor connects all functional areas. The foundation of the buildings respects the natural terrain which means that they wind up and down as the mountain path.

In order to not waste money as well as to increase the heat insulation, bricks were made of recycled soil from the site which was removed while making an even foundation. The material also allows a balanced climate indoors; the rooms stay cool in summer and warm in winter.

Like a colorful flower between the forest, Lung Luong elementary school is the most meaningful gift for the ethnic children. It is known that the “Poor Ethnic Student Fund” will continue to build other schools to continue improving the learning environment and activities for the children of ethnic minorities. 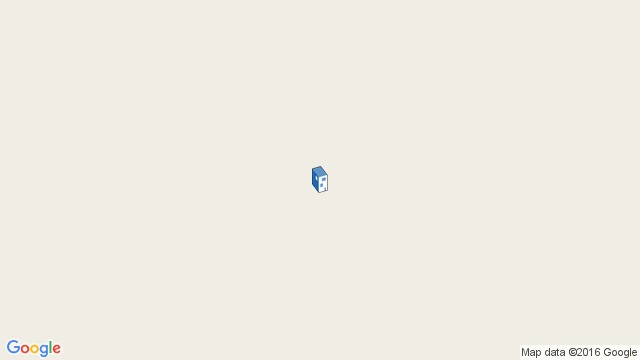 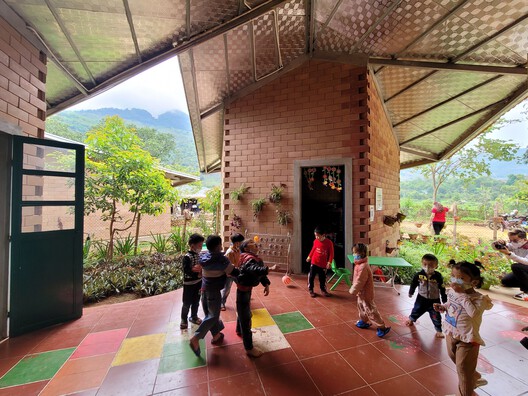