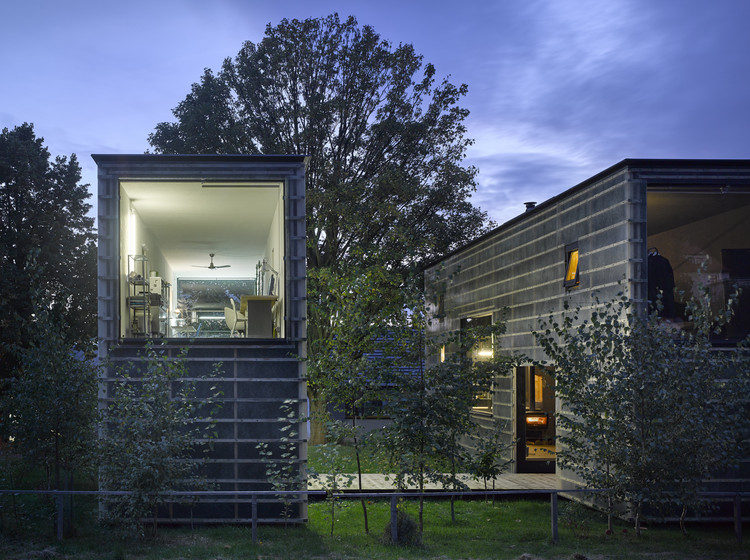 Text description provided by the architects. According to the brief, the future residence had to be created based on a certain product – the basic production modules called SIP (Structural Insulated Panel).

The philosophy of these houses is based on absolute simplification of the definitions of housing and development. The perimeter of the houses determines the inner space, which is thus disencumbered of all attributes of a classical house. As to the exterior, both volumes separate three external living areas - public, semi-public and private. Thanks to the site composition and large glazing of strategic vistas, the neighboring landscape is always approachable.

The interior does not look confined even though the external width of the house is 3 meters; the inner space flows towards vistas. However, well-balanced proportions enable a unique spatial experience. The residents have mutual visual contact even between houses and the inner atrium becomes another room for them. The facade should appear as a fine transparent layer allowing the viewer to sense the mass of the house.

The severity and simplicity of these objects are inspired by contemporary Japanese architecture. The experimental character of the houses was the conceptual starting point. Yet the deliberate austerity of the achieved forms definitely brings new lifestyle qualities to an environment built in this way. Still, the slight contrast between the home and office proves that the system could be adaptable to a variety of individual solutions and, in this respect, fulfils the concept of a building typology. 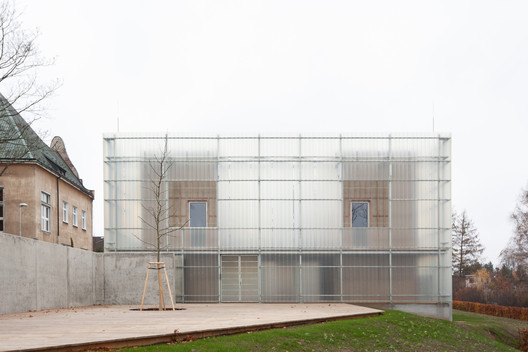 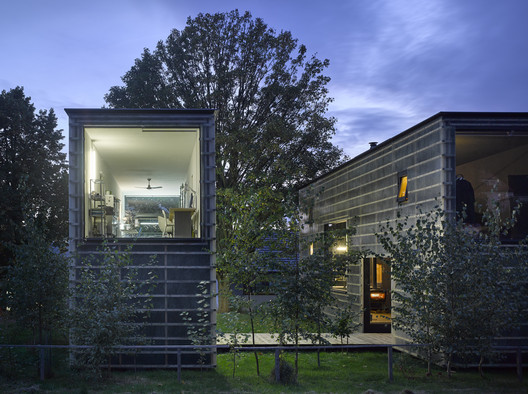