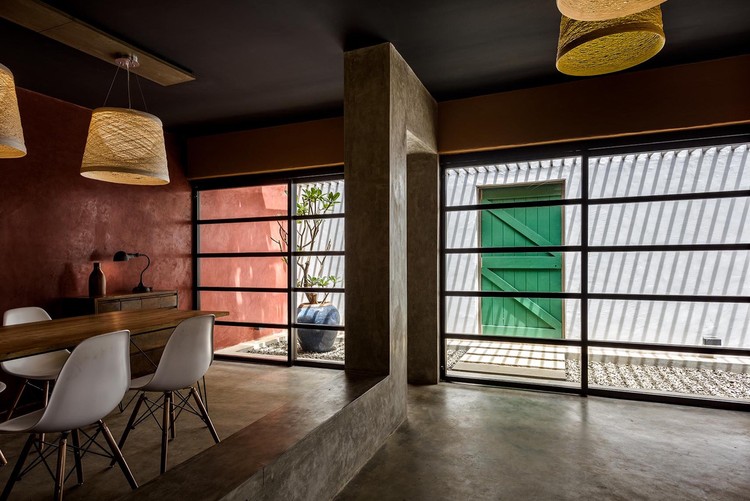 Text description provided by the architects. The project is a photography studio complex for a young photographer who specializes in automobile, product and fashion photography.

The premise, based in Pune, India, which was earlier a factory complex, was in an abandoned and dilapidated state as it was unused for many years. It comprised of a large factory shed, servants’ quarters and a watchman’s cabin with a good amount of open spaces in the front. This area was in a no-development zone, hence it was not allowed to build any additional covered structure outside the limits of the existing structures in the complex. The exercise therefore, was to provide all the requirements while maintaining the footprints of the existing structures.

The Factory shed was converted into the studio for the photography due to its expanse and the height available, while the watchman’s cabin and the servants’ quarters were converted into an image processing unit and an office respectively. An unused space of about 7’ between the new office (erstwhile servants’ quarters) and the factory shed was converted into a transition court, which the office looked into.  This court, which is secured with a M. S. Pergola above, provides light and ventilation to the office, which has blank walls on 2 sides. An L- shaped wall flanks the court on the front side, providing some enclosure and housing the L shaped pergola, which highlights the entrance to the office. Linear, multi-colored windows in wood planks, open out the office façade to the paved, landscaped entrance court with existing and added plants and a couple of green benches.

On the other side of the plot was the main access to the factory shed with a watchman’s cabin and an outdoor toilet. This area was worked on by re-designing the toilet, adding a wall that hid the toilet door and creating a frame in brickwork that gave an identity to the space. This frame houses a bamboo pergola with a potted Frangipani and a yellow bench, creating an enclosure for outdoor seating.

Sustainability is achieved by using the existing structure with minimal changes to the architectural footprint. The climate in India being hot, doesn’t allow for large openings and use of glass. The structure, therefore, has minimal windows and obtains light and ventilation only through the front colored windows and the side court, which is open to sky. The design character too is minimal, with almost no decoration. Natural elements such as light and air along with architectural characters and colors that are local to the tropical climate of India forms the design language. An unused factory complex was thus converted into a contemporary studio for a young photographer with minimal expenditure and in a short time frame.

Product Description. The project needed a raw and rustic feel to it. Hence plain cement concrete flooring, which is called “The Indian Patent Stone”, was used for flooring and highlighting a few walls. Other than this, paints in earthen shades were used on hand-plastered walls to give a raw look. The ceiling was painted black, while the doors and windows were painted in bright shades of acrylic emulsion paint. 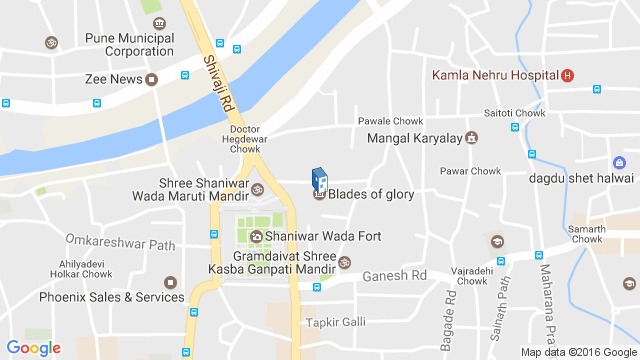 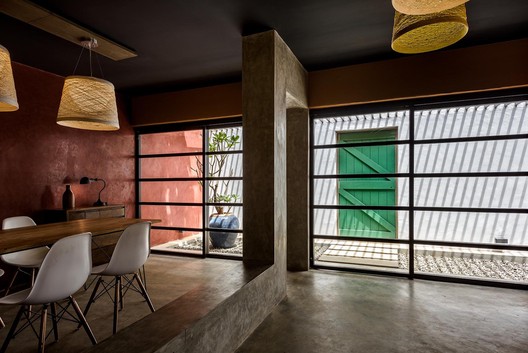