Is ARCH has announced the winners of the seventh edition of the ISArch Awards, an international award competition for students of architecture. In an effort to provide students with a “gateway to the professional and corporate world,” the competition calls for students to engage in dialogue and debate within the framework of their university studies.

The three winners of the seventh IsArch Awards are:

The Ebro Delta is disappearing because of sea level rise due to climate change and the lack of sand coming from the mountains due to over construction of reservoirs. This project proposes a temporary low-tech industrial overlay made of traditional knowledge and local materials and techniques that will let Nature itself draw a new productive delta and restore balance.

Regarding the Israeli-Palestinian Conflict, this law is a powerful political tool to prevent a union between two peoples. I interpret this lack of status and the gaps in the legal system as a socio-political No-Man’s-Land. With the architecture I want to discuss the role of borders and walls through materiality and through the site. The veil represents the metaphysical border between two people. This border gets dissolved by lifting the veil in the wedding ceremony. The changing geometry of the cloth represents the vagueness of the border and the changing power relations.

Education guides us towards our collective and individual future. This project combines a Kindergarten and cognitive research center into a prototype, exploring, discussing, and playing with novel pedagogic concepts, which extend our supporting capabilities for fostering all children based on their individual talents.

News and project descriptions via Is Arch. 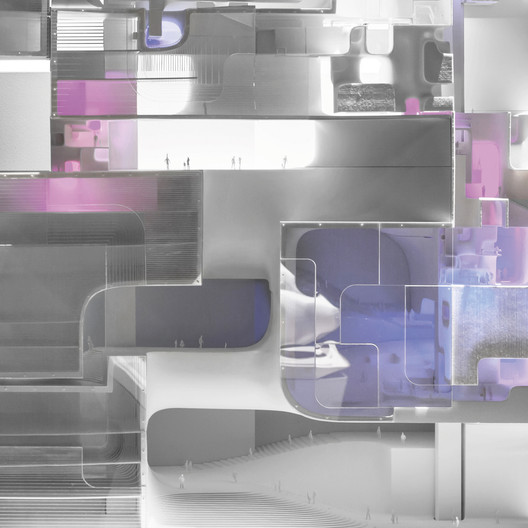