Over the past ten years the development of intelligent construction models, closely tied to energy efficiency, has introduced new materials that have one or more properties modified, in a controlled and partial way, by external stimuli such as radiation, temperature, pH, humidity, wind, and other environmental factors.

As a response to new construction models, Dr. José Carlos Rubio Ávalos of the UMSNH of Morelia, has developed a cement with the capacity to absorb and irradiate light energy, in order to provide greater functionality and versatility to concrete in regards to energy efficiency.

The new smart material developed by Rubio Ávalos was released on October 20, 2015, in an official press release by the Agencia Informativa Conacyt. The researcher claimed that the applications are very broad, and those which stand out most are for the architectural market: facades, swimming pools, bathrooms, kitchens, parking lots, etc. It would also be useful in road safety and road signs, in the energy sector, such as oil platforms, and anywhere you want to illuminate or mark spaces that don’t have access to electricity since it doesn’t require an electrical distribution system and is recharged only with light. The durability of light-emitting cement is estimated to be greater than 100 years thanks to its inorganic nature, and its material components are easily recyclable.

According to the same statement, the essential feature of this new material is obtained by a process of polycondensation of raw materials (silica, river sand, industrial waste, alkali, and water). This process, the researcher said, is performed at room temperature and doesn’t require high energy consumption. The pollution produced in manufacturing is low compared to other types of cement such as Portland or synthetic plastics.

We want light to penetrate the material up to a certain level. In the case of conventional cement, Portland, doesn't have that capability because when the light reaches its surface it can’t penetrate it,  Ávalos explained.

Charging the material using natural or artificial light, it hopes to offer new light and thermal functions to the most used construction element in the world in order to reduce the energy consumption generated by current light and thermal systems.

In addition to its distribution in Mexico, it is expected that investors from Chile, Spain, Argentina and Brazil will commercialize the material for its use in roads and other urban spaces in 2016. 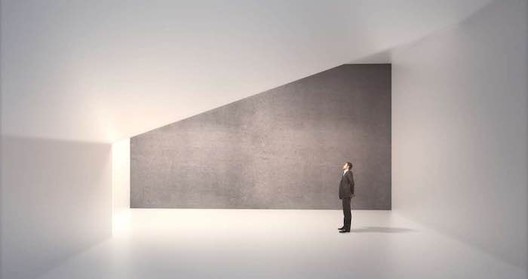