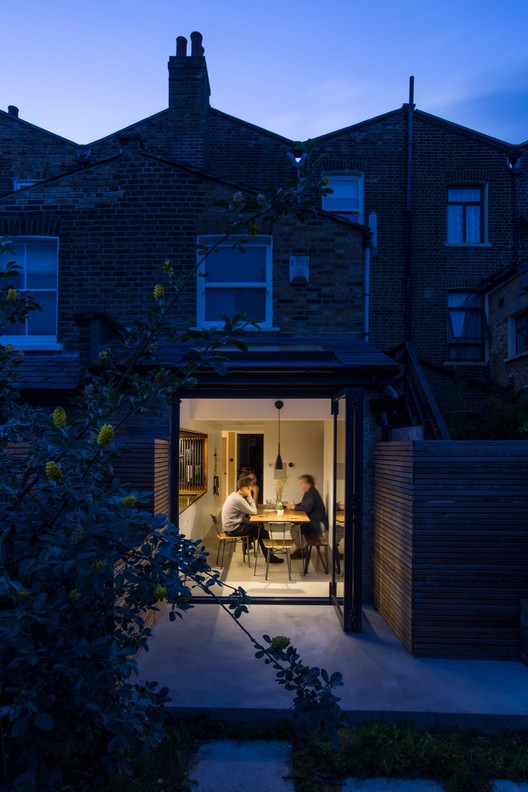 Text description provided by the architects. Studio 304’s Sunken Bath project in Clapton, east London, adds a new kitchen, dining area, toilet and bathroom to a ground floor apartment within a terraced period property. Central to the brief was to separate the toilet and shower room in order to create a standalone bathroom that would facilitate ritual bathing.

The existing layout of the apartment was inefficient and had a poor relationship with the shared south-facing rear garden. In addition, the bathroom made the rear of the property feel gloomy and unwelcoming. Prior to work commencing, the client negotiated with the neighbouring property to split the shared garden creating two small private gardens to the south and east.

The functions of the new bathroom are separated and placed against the east facade, allowing each area to have a view of the garden and benefit from natural light. Outside, the east facade is partly clad with larch slats, to maximise the garden aspect while also ensuring privacy.

Inside, A copper worktop and wall surround in the kitchen are intended to give a sense of warmth to the living space. Larch slats charred using the ancient Japanese Shou Sugi Ban method are used to conceal the extract system and appliance storage space. Polished concrete flooring runs from inside to outside at the rear of the apartment creating a new relationship with the garden.