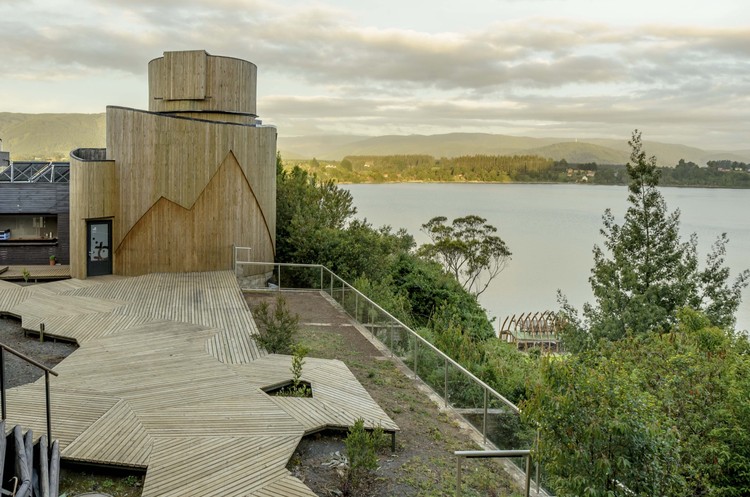 Text description provided by the architects. The Architecture as a transforming agent

The reconciliation between tourism and communities has transformed Lake Lanalhue into a natural, economic and political resource. We are aware of being part of  our own time and place, in the Arauco province  where tense ancestral and  historical demands are taking place,  a complex period in many aspects, and instead of avoiding the implications that this entails, we decided to face this period by contributing from what we know best, and this is to act from within the territory with the architecture that makes us the most sense, that is the architecture whose action transforms and summons the encounter of worlds that at times seem so distant, but that share a specific place of the planet, a common place in the Cosmos.

Yepún is one of the last works developed by Susana Herrera & Factoría in Lake Lanalhue. And like others, it is part of the continuity of a series of architectural and tourist projects that have been developed in the province of Arauco for more than a decade. And as such, it is an articulating architectural piece that becomes a landmark along with others, with a very specific tourist programme, become an Astronomical Observatory Tourist Ethnic.

Yepun Observatory was partially co-financed by a Corfo, a governmental innovation contest won by its director Marcelo Cifuentes, who partered with Pedro Durán, owner of Quelén to decided to install here the southernmost observatory in Chile. Architecturally, it is a recycled object. Its structure is mainly in wood, and was entirely constructed by local master artisans. For us, is a project that transcends the architectural object itself and contextualizes it with several interventions around it and designed by Susana Herrera & her team Factoria.

Locating this project in Quelén meant the opportunity to establish relationships between science and the cultural context, between astronomy and the Mapuche Cosmovision, between the certainties of man, and what is rather immeasurable. It was a question of redesigning a physical and virtual space, capable of integrating knowledge, experiences beyond the possibilities of hard science, to place all this in a simple, almost domestic scale intervention. It was to re-think a space of educational exchange in a rather warm and pleasant space that would be able to embrace an experiential program in a rather local architecture, where the wood and the craftsmanship were the hallmark that differentiated it from other observatories, those of metallic domes very common for this type of observatories. Here the local identity was already printed in the constructions of Quelén, and this new piece remodeled, should be part of that context and this way of doing.

This new architectural project is also the opportunity to deepen and above all, to experience from the turistification the exchange between visitors, local communities and anyone who wants to get closer to observe and share new areas of knowledge and cultural exchange. To imagine that this was possible, beyond the architectural dimension seemed exciting to us. The specificity of this place in Chile made it possible to ask new questions and stand in a different perspective, with a new paradigm at this time, and indeed, recognizing that the ancestral cultures would surely have already done it before us.

The 2010 earthquake had made available the small Kurem Cylindrical Building, which used to be the reception of the demolished old hotel, which was now being built on the shores of the Lake. We worked with scarce resources, so it was natural to choose to recondition the old Kurem Building to transform it into the Observatory.

We kept the original Oregon pine wood structure of the building and its elliptical shape. We use wood because it is the material of the existing structure and because there is good availability of it on site. Steel pleats were added to extend the column structure. Regarding the lining of the building, the need to avoid light pollution forced us to close the entire building, which was previously much glazed.
Wood boards on the outside were placed in an upright vertical and tertiary planks in the interior, completely covering the 11 Oregon pine pillars, 200x155mm which transmit the entire load to the foundation without joists.
In the two spans with lower radius of curvature, we placed vertical diagonals of Oregon pine in the shape of a cross to avoid very large drifts in the upper level. On the top floor; where the telescope is located, a rigid plane was designed in which steel beams formed by two connected channels forming an "I" beam were placed. These beams provide stability to the top floor. Among them is an Oregon pine latticework formed of beams and chains. This, structured a resistant floor that avoids the vibrations that are critical and that can disturb the operation of the telescope.

The scales of the project

This architectural piece has four scales:

The landscape scale:
The previews remodeled and transparent building that was mimicked with the kiln of the hill, was completely closed, becoming almost a trunk / or great * Rewe. Placed in the upper part of the hill, on an elevated plane and of strong pendant to the lake, it becomes an architectural landmark. The southeast façade embodies the landscape dimension that integrates the lake, the Nahuelbuta Range and finally with the black eye, that dark lake sky surrounded by the mountain.

The intermediate dimension is embodied by the west side of the building. The slenderness and closed skin of the Yepún is a perfect backdrop for the lateral amphitheater formed by the stairs of the Metawe Building and the square that separates them. This vitalizes the public space ideal for concerts, marriages and backdrop for movies and shows.

The Northwest façade responds to a more pedestrian scale, which is reached from a zigzag wood platform. An extruded volume of smaller height softens the main volume and articulates the ascent of the different levels, as if it were a great Rewe that connects the earth with the infinite sky.

Finally, the last and most ambiguous and difficult to understand, is the scale of the universe. We know that if we look at a star that is a million light years away, we are looking at what the universe was like a million years ago. It means that the light that comes from it has taken a million years to reach us. This is basics in astronomy, and it is obvious that space is extended indefinitely, and that thanks to the telescope we can probe the depths of space. And although the universe seems to have the same aspect always, in fact it changes decisively with the time like when the stars began to shine or the fact that in century XX we understood that the galaxies are moving away and therefore the universe is expanding, in other words, the universe continues without end in space. Placing ourselves in that place helps us to get out of our own convictions, and this is mind-boggling.

From the old structure, we remove the staircase and the attic. In order to keep the center of this space clear, we built a ramp around the interior contour formed by cantilevered beams that are attached to the pillars by means of steel profiles, which allows us to create an ascending museological route without being interrupted by pillars in the interior. In addition, to increase the height of the building and to accommodate the telescope here, we had to surpass the heights of the existing buildings. For this, it was necessary to design steel rings, of the barrel type with tweezers between them, to avoid buckling. We worked with the calculator José Nicolás Durán, who designed this system with the 11 wooden pillars. The last level houses the rotating cover that opens in its center to clear the view of the telescope adapting to amateur and professional astronomers.

Three ascending levels make up the Yepún. The smallest configures the access, with a height not exceeding 2.5mt. When your pupils become accustomed to the darkness, you are pulled into the central elliptical and cylindrical space whose wood makes it close and intimate. A somewhat small space, with no possibility of exterior view that keeps you focused on the route and the total darkness, almost uterine that takes you out of the context of which you come from. The invitation, is to climb an elliptical perimeter ramp and transit in another dimension, another time.

You walk up, and as you become aware of human smallness, you may remember that we are all so tiny without exception, and that we all fit into the same galaxy, whose size is hard to understand, and reminds us that we are really nothing. This feeling does not discriminate and the invitation is kept open throughout the visit to perceive the smallness of the time in which we inhabit this tiny planet that we call Earth, a sensation that we all warn without exception.

You continue to rise, and the museological experience begins with the subtle archigraphy of laser engraving on lightly lit acrylics and oblique geometries inserted into the rhythmic wooden supports. Almost at the top, a small staircase takes you to the end of the route, to a circular space formed by a perimeter bench and a central pedestal where you meet the telescope. Once here, the ceiling is opened as necessary, so that the telescope's lens allows you to observe the cosmos.
This small building makes us perhaps aware of where we are. It situates every visitor equally in this specific point of the universe, on the edge of the world, between Lake Lanalhue (place of lost souls), and the Nahuelbuta, mountain range of the Paleozoic, initiated some 570 million years ago, much earlier To the formation of the Andes Mountains, but not old enough in relation to the formation of planet Earth as part of the supercluster of galaxies more than 4.6 billion years ago.

For us, this experience is almost surreal; and is that, finally, such a simple architectural space located on the edge of Lake Lanalhue, allows us to situate ourselves in this new stellar dimension, with an architecture of uterus whose experience of space makes you abandon all the certainties relativizing them to allow a new logic of relationships. Relationships between humans, between civilizations, between beings that inhabit the same point on the planet. 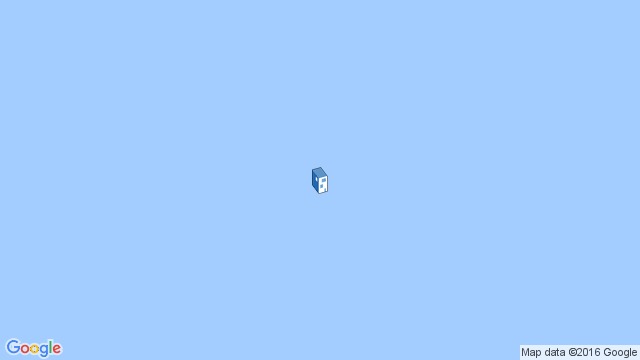