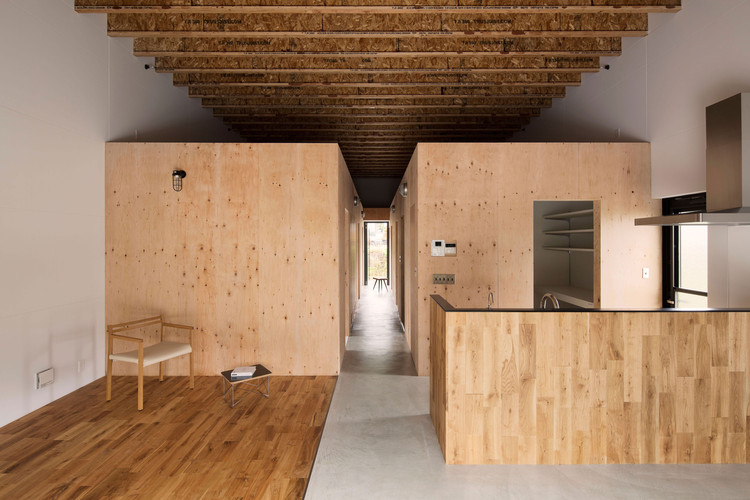 Text description provided by the architects. Located in the southernmost part of Tokushima Prefecture, the town overlooking the majestic Pacific Ocean. To clear a site of about 110 square meters, husband and wife, of residential dwelling is a family of four of two children plan. As you can see, clear concept to the big box made of roof and wall, in extremely simple that in a residential packed a small box as needed.

Passed a structure with beams and walls, to form the building of the box-like with no pillar warehouse, private room, rather than the required space as water around like a house on the wall and columns, separated by a box. By doing this, the upper space of each private room becomes a loft-like, as a playground for children who dressed, also books a lot of your owner-like archive, also to something elimination of storage shortage of things more often parenting generation play a role buy.

The interior is he drew the intention of your owner-like, Kiyoshi of the top class among the houses that have been designed until now. The beams rest part number that has been burned, mortar of Doma followed from Entorasu, partition "box" is structural plywood as it is of the form, the wall is not the filling was painted putty, find the seam of the plate it is clearly state . Material who hide without showing covered with a cloth or tile usually is, this in the house claiming to show proudly the figure, a personality no other.

However, rather than to go unchecked it, tighten with the discipline of design, was sublimated in housing that also combines a kind of elegance, yet seemingly rough. 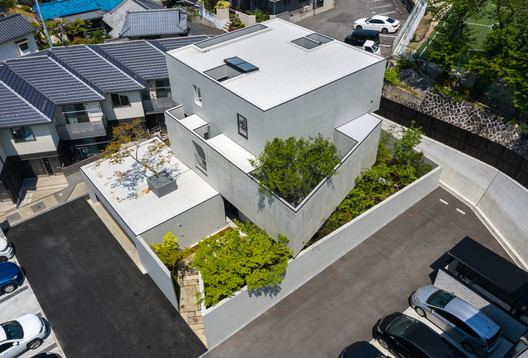 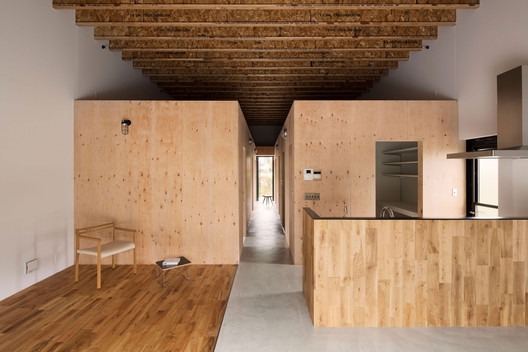