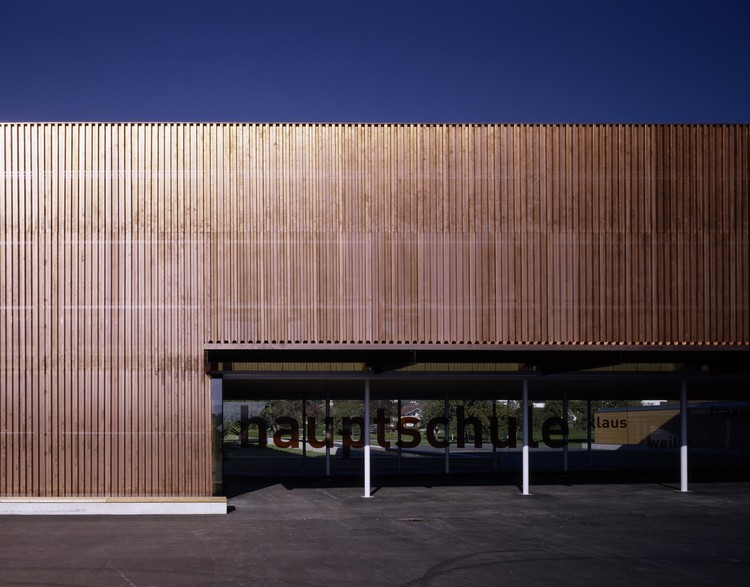 Text description provided by the architects. The new secondary school of Klaus was built to replace the existing school, and designed with energy efficiency and budget in mind. After a record construction time of only 18 months (upon nominating the winner of the competition), classes began at the school, which consumes less than 15 kWh/m² total energy per year and fulfils Vorarlberg passive-house guidelines.

The building has a long front facade which houses the library and atrium and orients to the street.  The class clusters and associated rooms are located in a wing that branches off to the north, creating an exterior courtyard area to the northeast.  This wing is oriented so that classrooms are separated on the east façade from group and administration rooms on the west by a central three story corridor, which is crossed by individual foot bridges that access each classroom. The building achieved construction costs of only three percent above that of a conventional construction project, and reduced energy costs by seventy percent compared to the old school building, while still maintaining an attention to detail.

In the second construction phase, a sports facility was added to replace the existing sports building.  The two-story sports hall and the three-story multi-purpose area (which provides rooms for day care, clubs, and events) can be reached from the school building by walking under the elevated library, allowing for protection from the elements. 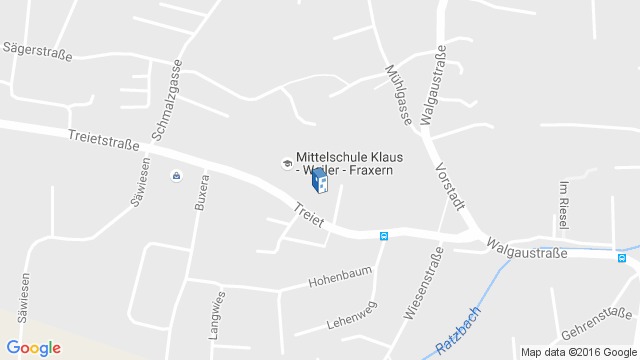 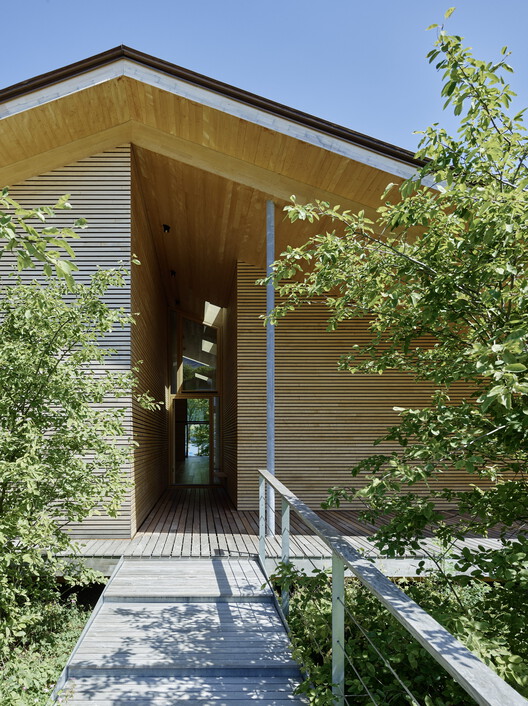