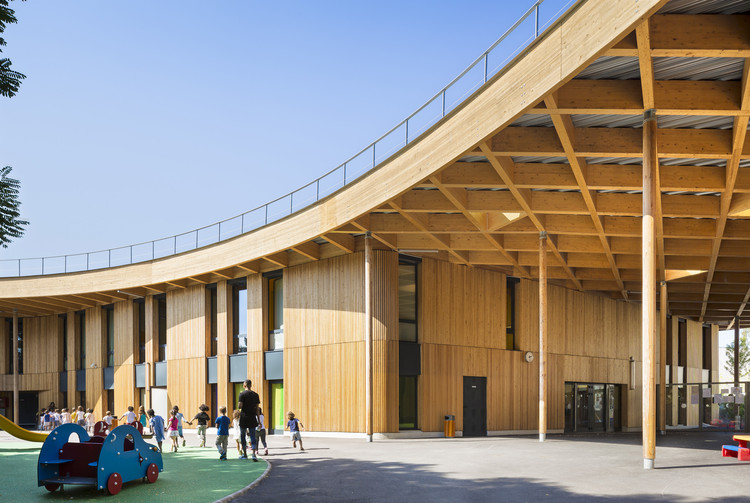 Text description provided by the architects. The goal of this project was the profound modi cation of the school’s image. We proposed an organization based on users comfort. The children are considered as the project center by giving them a qualitative learning place. From a urban scale, la Place de l’Enfance is refurbished and become a new public space and a land- mark for the neighbourhood.

The urban façade unifies all parts of the school in a coherent project. Each part (infant school, primary school, leisure center...) remains independent but reunited in a whole renewed identity. The vegetated roof in wooden structure on the first floor connects and uni es the three emergences of existing and refurbished parts. Each volume has its function : infant school on East, primary school on West, leisure centers and common parts on central zone. The roof and light façades, all in wooden structure allowed to lead works with less nuisances in different in an occupied site. The parts were pre-fabricated in workshop to be pieced together quickly and following a dry implementation.

The building façades present high thermic efficiency, acoustic insulation and airtightness which is mandatory for a low consumption project. Our proposition, with its smooth and flexible geometry allows future evolutions of use while preserving the original concept. 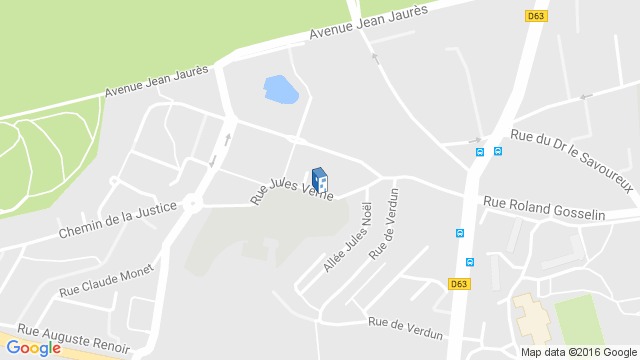 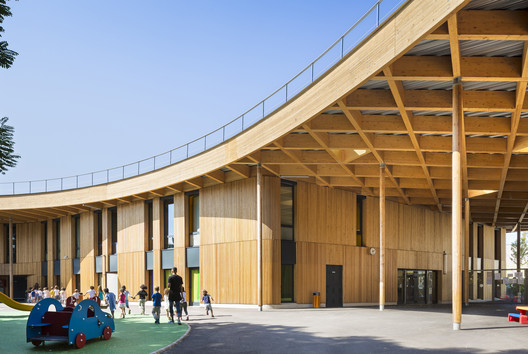