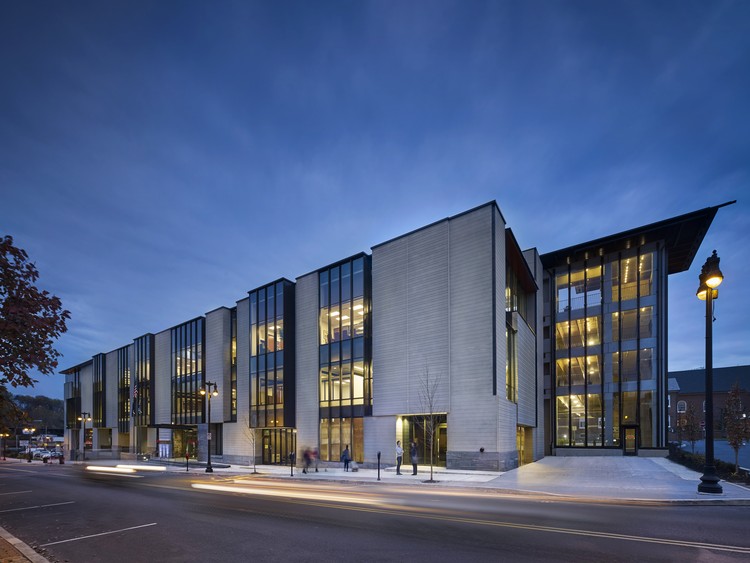 Text description provided by the architects. Decades before the city’s founding in 1752, the region later known as Easton, Pennsylvania was originally known as “The Place at the Forks” by the Lenape Native American tribe. This nickname refers to the position of the city at the confluence of the Delaware and Lehigh rivers. These rivers proved significant throughout history, allowing Easton to become a prominent military base during the Revolutionary War, one of the first three cities to hold a public reading of the Declaration of Independence, and a significant transportation hub for the steel and coal industries during the 19th century.

Today, the Delaware and Lehigh rivers are united at the site of the new Easton City Hall and Transportation Center – a nod to the city’s history and a signal of the resurgence of government and transportation in the region. The building serves as Easton’s public gateway and is a welcoming symbol for the city’s future.

The complex is made up of two companion structures: a three-story, 45,000-square-foot hybrid civic building and a three-level parking deck. The main building houses Easton’s local government on its upper two floors; retail tenants and a regional transportation hub occupy its base. The mixed programming within the complex gives this civic building a life beyond its normal 9 a.m. – 5 p.m. office hours.

The open floor plan’s organization is guided by planning principles that embody the spirit of Easton’s local government: welcoming, collaborative, open, transparent, and innovative. City Hall recalls the City’s historic beginnings as a transportation hub by showcasing the movement of people through the intermodal center, the movement of goods through the retail tenants, and the movement of ideas through the government offices and public spaces.

The building massing modulates in plan, section, and material texture to complement the pedestrian scale of Easton’s historic district. A glass entry and façade symbolize Easton’s commitment to transparency in government, allowing passers-by to see activity happening within, while providing views of the city’s downtown for building occupants. A shingled glass canopy above the entry symbolizes the three tributaries of Easton: the Delaware, Lehigh, and Bushkill. When it rains, this canopy becomes a stage for running water which overlays the subsequent view upwards to a sculptural steel railing and three story lobby, evoking Easton’s local tributaries.

This public lobby bisects the building’s simple, linear organization; it is here where the tactile experience is felt at its apex. The primary material of the building’s public spaces, including the lobbies and City Council chambers, is Pennsylvania Cherry. The wood is patterned to resemble an abstraction of the Lenape tribe’s longhouse, historically clad in shingled bark. The building’s structural parts are subtly evident and recall the history of transportation–intricate and resourceful structural elements that traversed the landscape and waterways, layered like sediment settled at the bed of a river.

Product Description. The building’s design is economical, strategically using resources on public spaces, while government space is flexible and modest. Locally fabricated precast concrete panel systems from Slaw Precast provide both structure and envelope and use board-form patterning techniques to create a texture reminiscent of early colonial masonry joints. Northampton County, which encompasses the city of Easton, is the birthplace of American Portland Cement, an element that has not only propelled the region’s past successes, but has also become a high-tech building material that delivers incredible gains. 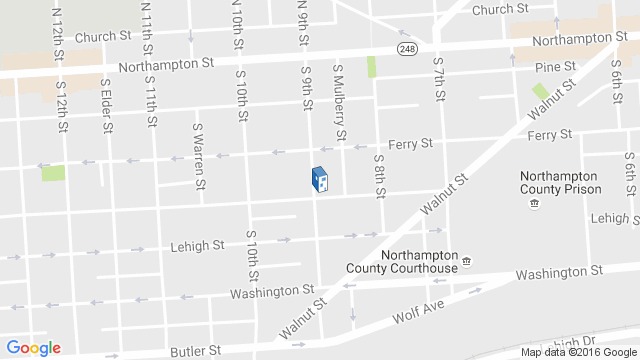 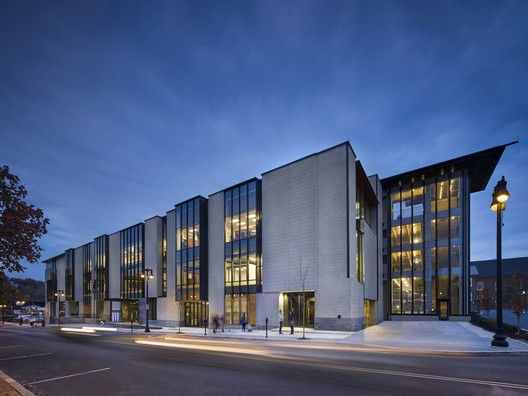