M CO Design has released its designs for “Dragon’s Link,” a new dragon-inspired, mixed-use infrastructure on the south side of Hong Kong Island “that will serve a large part of the community and will enhance a local historic monument,” the Tai Tam Dam, which will celebrate its 100th anniversary this coming February.

Drawing inspiration from local traditions and the natural topography of Hong Kong, the project will create new connections within an existing network of roads and hiking trails in Tai Tam Country Park in “a juxtaposition of old and new,” in order to improve user experience and infrastructure. 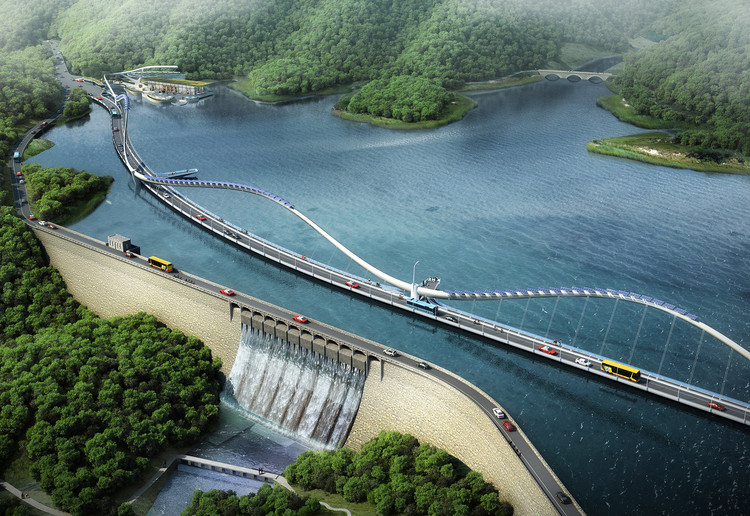 Through Dragon’s link, it is hoped that existing transportation issues—namely concerning traffic and safety, such as bottlenecking and flooding due to outdated drainage—will be solved.

Additionally, the project will dedicate space for cyclists, pedestrian paths with scenic lookouts, a hikers’ plaza, a visitor pavilion with special event terraces, and lanes wide enough to accommodate oversized buses and trucks.

We have already shown [the project] to the district representative for the area surrounding the site and with his invitation we will be presenting it to the HK Government in the next District Council meeting on transportation issues, said Scott Myklebust, founder and president of M CO Design. The representative noted that the government has been trying to solve this traffic issue for a long time, without success. He felt this was a groundbreaking proposal and unique solution.