Save
The Commons / Department of Architecture 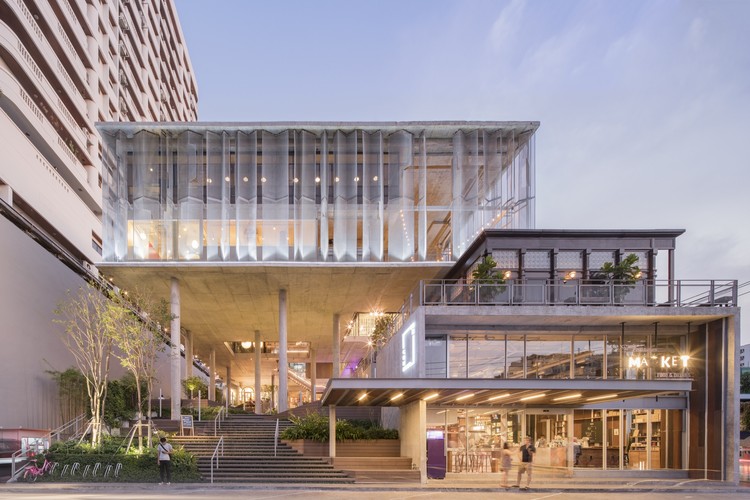 Text description provided by the architects. For Bangkok, or any other modern-day cosmopolitan cities, living conditions and spatial form continue to evolve. Bangkokians are now yearning for new possibilities of outdoor living space that can effectively answer to the tropical heat and its dense living condition where there is not much space for the outdoor. ‘The Commons’, a small retail development in the city center, is an attempt to create a new active outdoor space where people can comfortably enjoy it at anytime of the year.

‘The Commons’ proposes a vertical open-air public space folding upward as a backbone of the building. It starts with ‘the Ground’ which is a landscape of steps and ramps integrated with platforms, seatings, planting and small kiosks. The area is well shaded by the third and the fourth floor structure above protecting the entire space from the sun and the rain. ‘The Ground’ vertically opens up through large voids on the upper floors, connecting to a large public open-air area occupying nearly thirty percent of each of the third and the fourth floor plate. The space vertically and horizontally flows in and out the entire building and allows for natural ventilation throughout. Two sets of industrial fans are incorporated into the ceiling screen below the skylight. One set draws hot air upward and out; the other set blows the wind downward to effectively increase the air movement in extra hot days. This airy semi-outdoor space is well incorporated with gardens on all levels. It becomes an active vertical urban living area. It is a place for strolling and relaxing at any time and in any seasons.

‘The Commons’ also provides a solution answering to a classic challenge of a multi-storey retail building on how to draw people upward to the upper levels. The wide ‘Ground’ with its gradual series of steps and platforms connecting the street level to the second floor naturally draws people to walk up leisurely. A series of openings in the third and the fourth floor further enhance a continuity of the vertical space. Shops on the upper levels are clearly seen from different angles from ‘the Ground’. People flow to every floor effortlessly.

A building skin on the upper floors answers to another challenge. While the project wants to open up the facade for a through ventilation, the different identities of various shops on the façade would have made the building appear to be fragmented. The project applies a thin sheer steel mesh over the façade to partially mask off the differences among the shops providing a unified surface while allowing for visual transparency from the inside, a through ventilation, and the lightness appearance from the outside.

The ceiling of ‘the Ground’ is carefully up-lighted creating a floating effect to the mass above and give a cozy atmosphere to the area. The exterior light on the meshed façade fades in and out slowly. With light, the surface of the building skin comes into presence, while when the light fades away, the façade becomes transparent and briefly reveals what is inside. It feels as if the walls could breathe and the building itself is alive.

Expanded Metal - V&P
Expanded metal was selected as the material for a building facade thanks to its see-through and wind-through quality.  The thin material was folded to add its structural stability, was cut into patterns to allow clear view through the voids.  When lit up by LED strip, the material softly carries the light upward and appears to be a sheer illuminated layer afloat in front of the interior space.

Wood Substitution - Tree Concept.
Wood plastic composite was selected to substitute timber floor for the entire Common Ground due to its reasonable cost, durability and easy maintenance.  Real timber is not a sensible choice because of its price, potential termite problem and tendency to change its color over time. 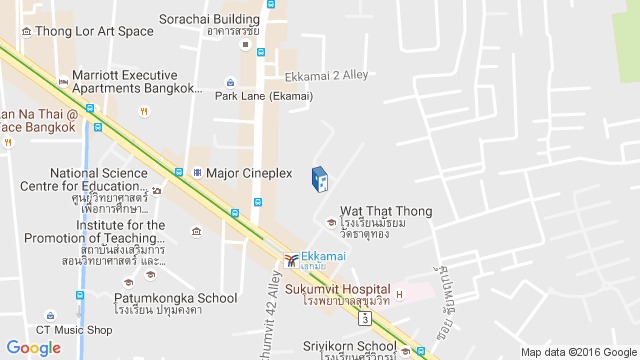 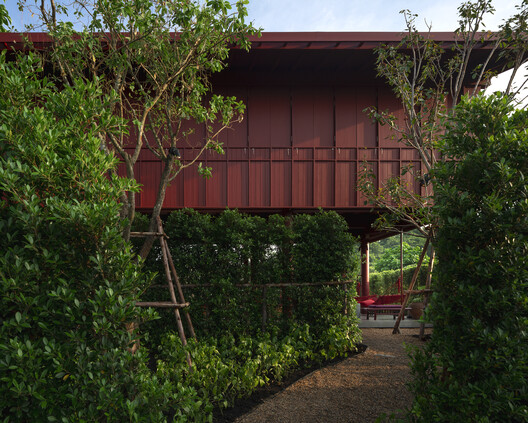