Stockholm's Southeast Kungsholmen is slowly transforming. Veidekke and Utopia Arkitekter are preparing a redevelopment proposal for the town — and they're beginning by building an architectural gem. In addition to creating ambitious architecture, Utopia Arkitekter plans to add more housing developments closer to public transport. Their first project? The sector of Kungsholmen, Bolinders Plan, named after Jean Bolinder, who ran a mechanical workshop in the area. 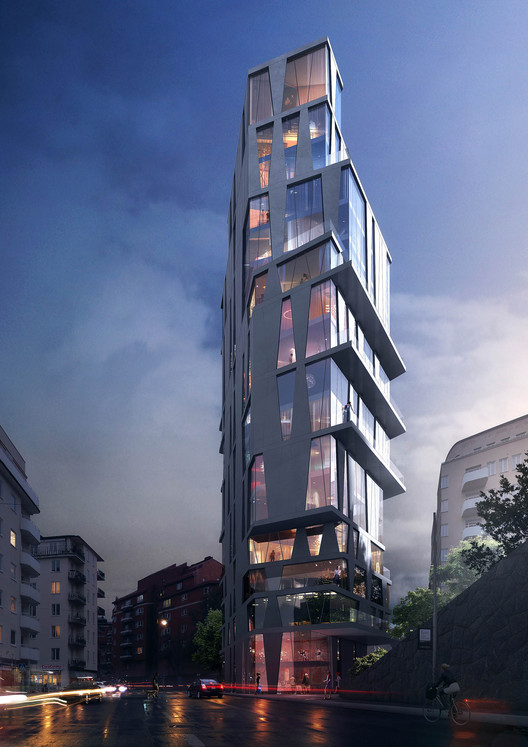 Our aim is to give Stockholm an architectural pearl of price with a contemporary identity of its own. In addition, we want to develop the existing square into an attractive piazza by taking good care of the area and putting non-housing premises into the bottom storey.

By improving the ground conditions and giving the bottom story non-housing premises, the architects hope to improve the site. Informed by its surroundings, the building height corresponds with the adjacent Kungsklippan tower blocks. To allow for the turnaround point for traffic, the elevated bottom story will be pulled back slightly. "Playful" yet "elegant" are two words the architects used to describe the building's composition as it tapers upward.

At 17 stories, the building's structure both respects and reacts to its site. The street, rocky conditions, and the turnaround influenced the shape of the building. A cycle path will be rerouted to run between the building and street, although the bus stop will remain in its current position. Multiple private terraces will be accessible for top floor residents. 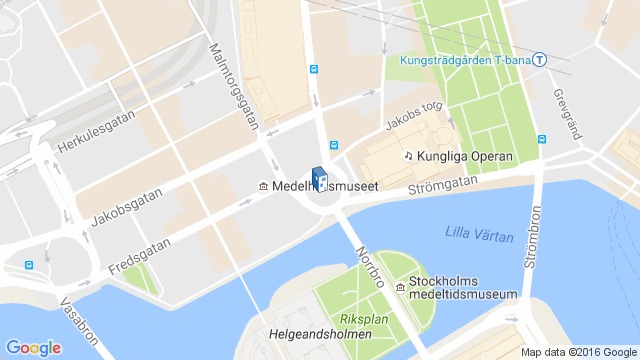