MAD Arkitekter and Asplan Viak have collaborated to create a feasibility study for Visjon Dokken, an idea for a 25-hectare urban development dock that could become a new center for “residential, business park, commute, and energy sufficient systems.”

Located in Bergen Harbor in Norway, the project would be the second largest development in the country and could house 3,500 dwellings and 8,000 workspaces, 37,000 square meters of public parks, as well as a connected walkway system and bicycle paths. 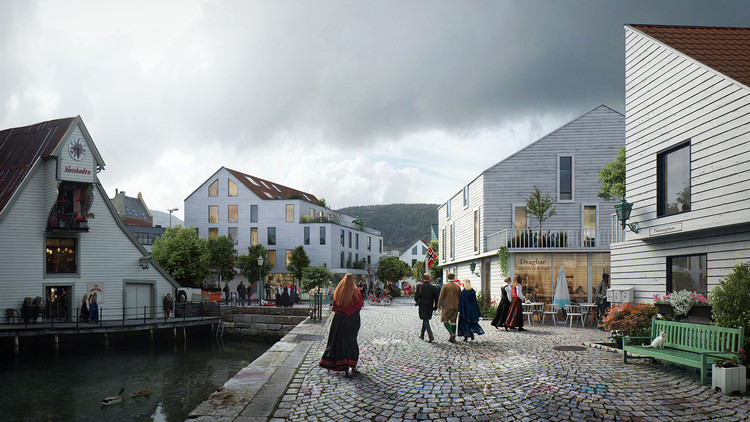 The initiative to start Visjon Dokken was made based on the manifest that has an ambition of building 10,000 new dwellings in the city center within the next 10 years. To be successful, local, regional, and governmental authorities must find solutions and collaborate with Bergen builders and building planners. For Bergen to successfully handle the expected growth in population, it is important that we also make space for new dwellings in the city center stated the architects.

The construction of Visjon Dokken hopes to revitalize Bergen city center, by promoting the area as a natural focal point and urban mixed-use environment.

In order for the project to be developed, an existing cargo port at the site must be moved elsewhere. While Visjon Dokken does not offer suggestions for where the port should be moved, it does suggest possibilities for new ferry and cruise ship docks. 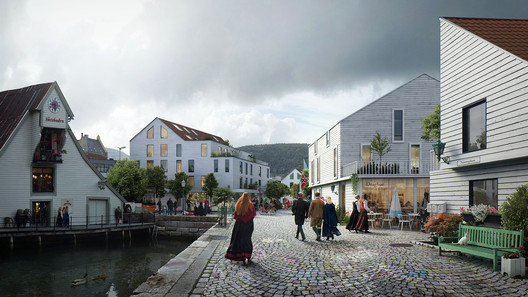