Save
Extension of the Charlie Chaplin School Complex / SAM architecture 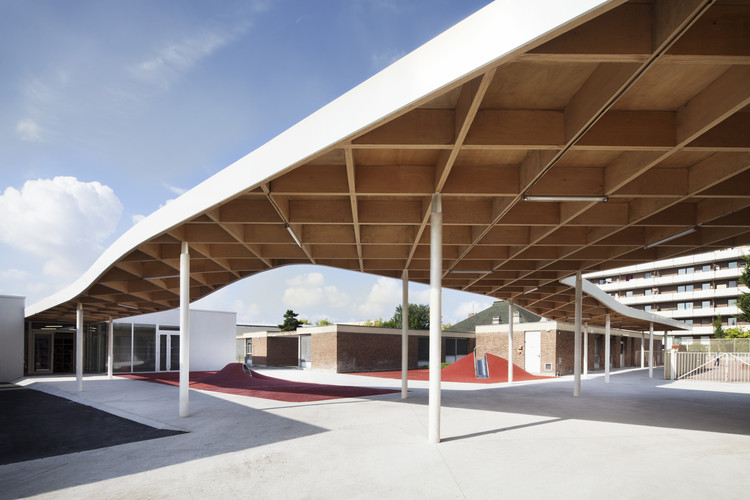 Text description provided by the architects. The project is composed of the construction of a school cafeteria and a recreation center, the renovation of a courtyard, the construction of a covered walkway, and the conversion of the former school cafeteria into 4 classrooms. The design is based on a rational architecture that is based on a simple exterior geometry that follows the guiding lines of the site (street, party wall, and neighboring façades), completing the original architecture.

The compact mass of the building is made up of three elements with a mineral appearance. Their proportions are in line with the width and height of the existing construction, and outline the contours of the new building. The center of the building is defined by a roof carried by crossed wooden roof beams. This roof extends to the façade as a concrete netting, framing the large bay window of the main cafeteria.

The plan of the school complex is inspired by the evolution of teaching programs in English-speaking countries. On entering the building, the architecture shows its generous nature, with its fluid and luminous spaces. The children can easily identify the functions of the various areas. The three exterior volumes built in white precast concrete are the kitchens, recreation center and cafeteria for the primary school sections and the auxiliary areas. The fourth volume develops in continuity with the roof structure on the courtyard, and houses the elementary cafeteria and entrance hall, the only surface that was voluntarily enlarged in order to offer additional uses through the wooden platform.

The project design arose from a focus on its materials. Concrete forms the vertical structure, and wood, the ultimate in ecological building materials, is used for framing and furnishings.

The roof, in the form of a hull, makes it possible to adapt the ceiling height according to use and to the size of the spaces that are created. Two vaults increase the volume at strategic points (the main cafeteria, the wooden platform of the entrance hall).

The principal material is the LVL beech wood used for the complex roof design. The architect, design office and builders had to devote considerable effort to develop the structural concept in order to integrate vaults into a horizontal layer. This meant combining structures that compress with structures that deflect, in turn generating counter curves and therefore reversing moments at its edge. 3D modeling, as well as building an actual physical model obtained from a laser cutting, made it possible to visualize and simulate the geometry of the exposed wooden framework throughout the design phase.

To reduce cross-sections and consequently optimize the amount of wood used, the framing was built using beech LVL beams in beech wood. These beams, recently developed by Pollmeier, are being used for the first time in France for this project. 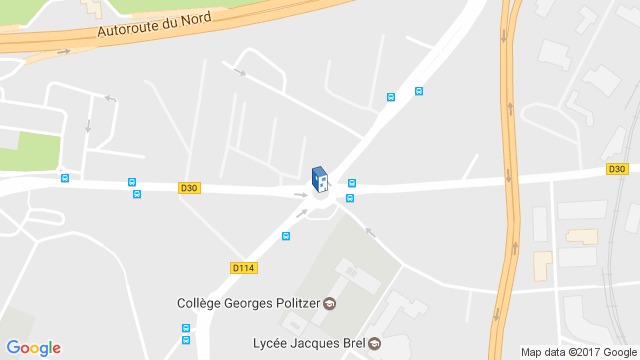