Save
Hydraulic and Electrical Installations / DATA 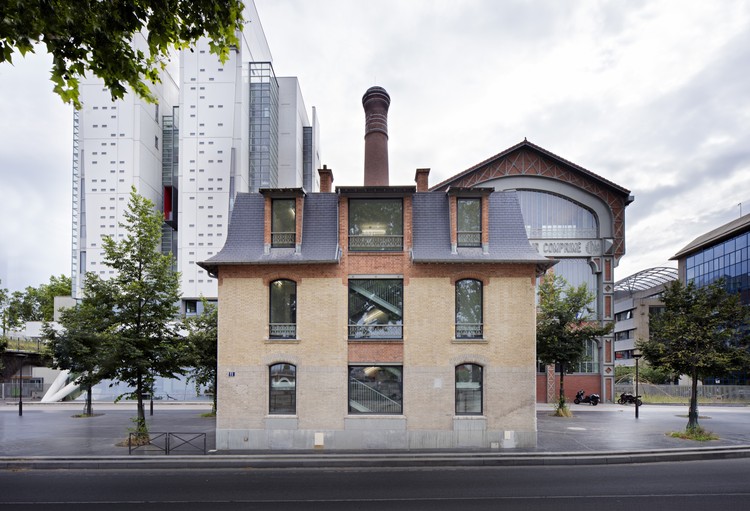 Text description provided by the architects. The house’s existing structure was in impeccable condition and DATA had merely to give it a good sand blasting to refresh the brickwork and canopy. The inside however was to undergo a complete makeover to thwart the constraints of a relatively small floor space of 120 m2. It reinvented the volume of the building while keeping its proportions. It had good head room but to change the volume while maintaining the proportions was a key aim. DATA gutted the building to create a three floors (ground, first and mezzanine) exhibition space. The main room has been separated o by a wall to screen the stairwell, bathrooms, storage and technical rooms.

In the main space, a large cylindrical structure which combines the transparency of glass with the lightness of the metal, solves the main challenge of the project: freeing the ground floor as much as possible, inviting visitors to mount the stairs to the upper floors by offering a light and airy set design. Composed of curved glass walls to a height of 5m on a metal structure, the cylinder enjoys an additional exhibition level while it is also doted with a 50 m2 mezzanine, carried by the retaining wall. Suspended from the underside of the sphere is the flagship component of the exhibition space of the Semapa: thanks to a pulley the model appears and disappears into the heights of the cylinder in a matter of minutes freeing the floor for other events like presentations and inaugurations. This architectural device has the double merit of adding scale instead and maintaining an important scenography without cluttering an already reduced space.

Anticipating the uses of the director’s house, more than a set design, Semapa will actually deliver a useful building. A genuine workspace, a workshop and meeting place, a base from which the urban project will spring. Despite the cylinder which concentrates the place’s technology and is supported by large PRS type beams and braced by metal rods to the wall, the space remains in effect raw and open to multiple uses. The existing openings have been retained and set o by large windows, orchestrating the transparency of the building from the Seine as from the School of Architecture, which just happens to be facing it.

Having also won a further prize for the scenography of the place, the agency is developing a series of seven themed routes to follow through the neighborhood. Heritage; Crossings; Neighborhoods today; City on the Move; Innovation and sustainable development; Urban Arts and General public. The exhibition also presents two films: an overview of the Parisian left bank, and several interviews on characteristical topics concerning the neighborhood. 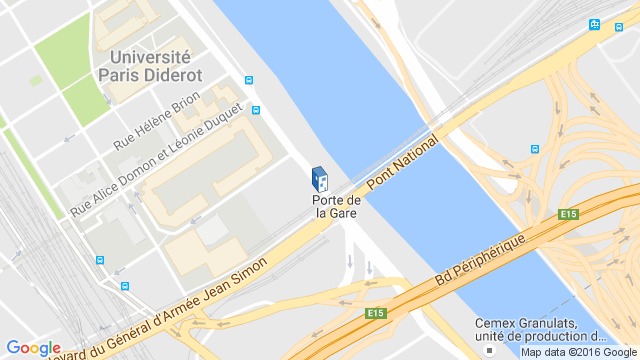 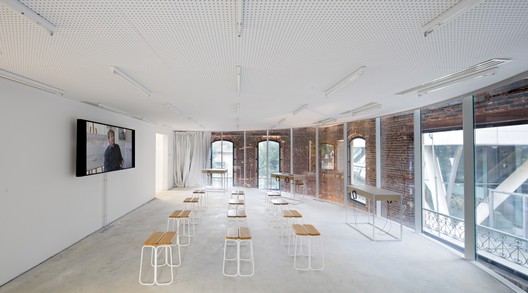 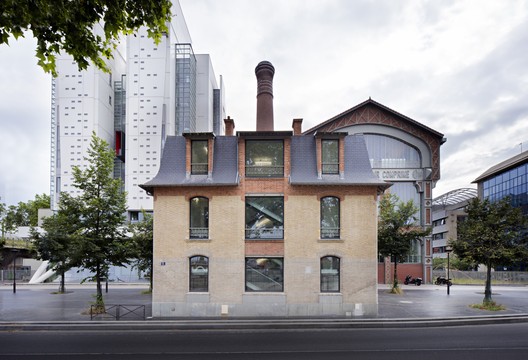