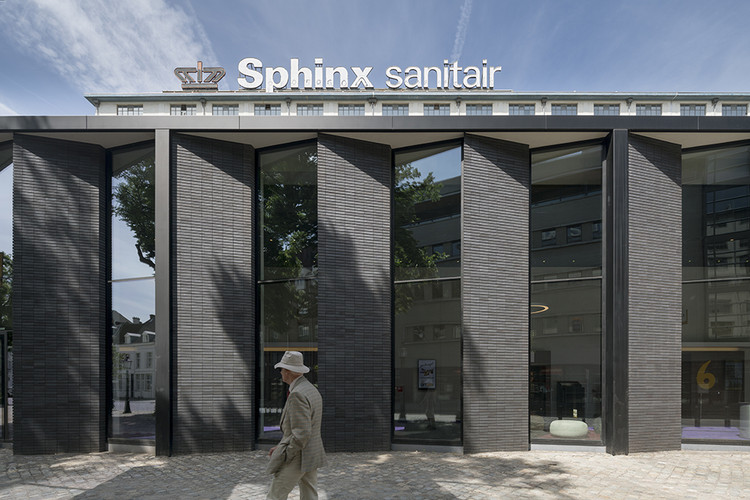 Text description provided by the architects. Powerhouse Company is pleased to present its second completed city centre cinema for Pathé Theatres. Following the opening of the Arnhem cinema, the cinema of Maastricht, the Netherlands opened its doors. Powerhouse Company's design is injecting the glamour back into going to the movies.

Just to the north of the city centre of Maastricht, in a renewed district named Sphinxkwartier, the new 1000- seat cinema is designed as a cultural hub for film, streamed opera, lectures and events. The 130m-long foyer and the eight screens are stretched across the entire length of the movie theater and is situated between the screen rooms and the Boschstraat. The building’s exciting context-specific architecture seeks to capture some of cinema’s 1920s and 1930s heyday in its classic, formal modernism.

Pathé Maastricht forms one side of a masterplan development by Palmbout urban landscapes to transform an area which has lain derelict since 2006. The cinema connects directly to an ensemble of three connected factory buildings built between 1928 and 1941 for Sphinx, a manufacturer of ceramics. The 130 meter long cinema is divided into three parts; high parts at the two entrances and a lower middle portion for the screen rooms. Entranced on one end to the square, and abutting to the other onto a triumphant arch for the Sphinx factory entrance, the cinema programme is a series of rooms along the length of the building at ground floor level.

Inspired by the industrial readiness of the adjacent buildings and carried out in a dark brick, Pathé Maastricht contrasts with the monumental white Sphinx factory. The exterior has been crafted as a series of steel volumes shuttered in with black brick and glass, echoing of the industrial roofscape of the factory complex. Like the rear projector room itself, the street colonnade following the line of the building is like a viewing box from which passersby can glimpse the drama of the experience unfold. The main entrance and the VIP café called Charlie's is highlighted by a difference in height and a jump back façade.

Together with developer Epicurus Development and interior designer EUP Design, both experienced in cinema design, the project is designed to fulfil Pathé's ambition to be the Dutch market leader in quality cinemas. Turning the cinema on its head, Pathé Maastricht transforms the experience into an enjoyable one, making lingering, meeting and socialising as much part of it as viewing the film itself. The cinema is again part of the city to take pride in. 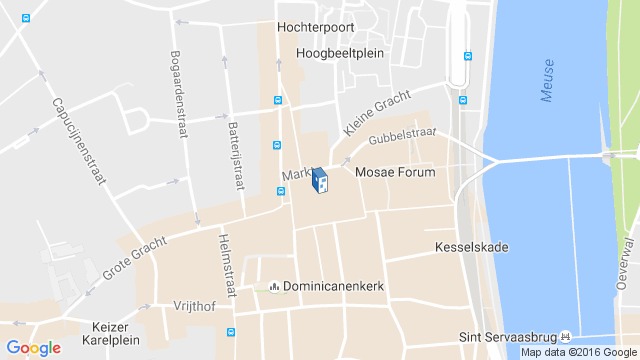 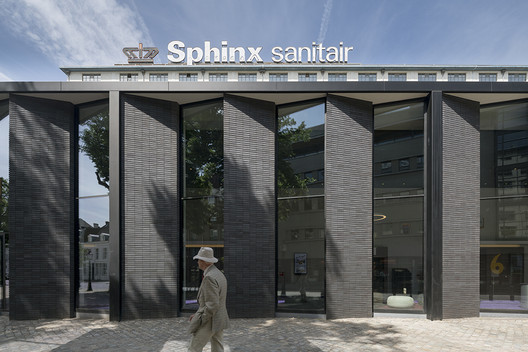