Matt Emmett’s photograph of the East London Water Works Company covered reservoir in Finsbury Park, built 1868, has been named the winner of the 2016 Arcaid Images Architectural Photography Award. Announced on the final day of the World Architecture Festival (WAF) in Berlin, the image was notable for being the first winner to feature a historic location as its subject, and drew comparisons to a Piranesi print.

Each shortlisted image was judged on the merits of the photography for composition, sense of place, atmosphere and use of scale. Emmett received the most total points across each category.

“The breadth of architectural photography presented to us was amazing. With their own distinctive view, the photographers opened our eyes for a second time and helped us to discover things we hadn't previously appreciated. I found this extremely enriching,” commented Judge Ulrich Müller, Architect and Director at Architektur Galerie Berlin.

Emmett will take home a $3,000 prize for the win. All of the shortlisted images will appear in the upcoming exhibition, ‘Building Images’ at Sto Werkstatt, London in February 2017. 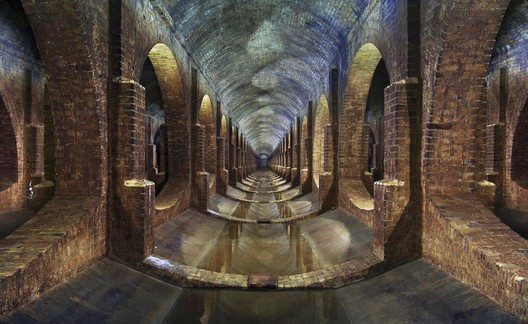