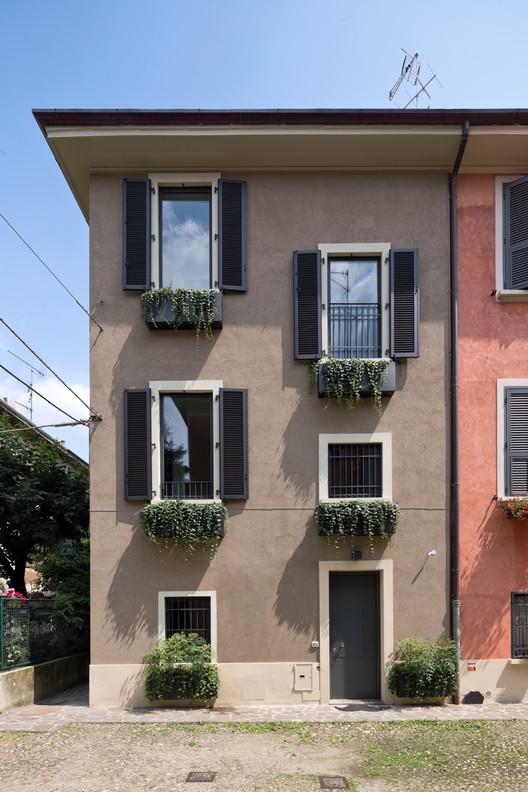 Text description provided by the architects. From the outside, it looks like one of the typical housing blocks built for railway workers in Milan between 1920 and 1924. Inside, the building has undergone radical renovation which, in two years of construction, has transformed it from both a structural and distribution point of view. Only the building enclosure, with its relative openings, has been maintained, while everything else — foundations, roof, attics, internal insulation, systems, and internal distribution — has been created from scratch. The total volume has remained the same, while the floor area has been increased by 60 m2, thanks to the new placement of the floor slabs, staircases and reclamation of the attic.

From social housing to a city villa with private garden, in a 1920s village in the Città Studi district of Milan. From a large family residence to a bachelor pad, redesigned to meet his specific needs, using a sophisticated home automation system, and according to Class B CENED energy certification standards.

“The vertical form of the dwelling gave us the chance to make one of our dreams as architects come true: one of the staircase systems of Escher's impossible constructions. The client allowed himself to be captivated by this dream! We emptied the interior so that the space could be expanded horizontally and vertically and we created a structurally autonomous central core cut off from the existing historical context. This stretches over the five floors, each one served by two separate staircases positioned along the longitudinal load-bearing walls”, explains Luca Aureggi. The single-flight staircases are narrow (80 cm) and enable a connection from the cellar to the fourth floor (fitness area, dining and kitchen area, living room, bedroom, study) — not continuously, but alternately. It's a zig-zag route involving the crossing of the individual floors, which are devoid of partitions (open space). “The home is designed as a vertical loft featuring a mandatory route, where getting lost and finding oneself becomes a game. The resulting sense of bewilderment magnifies the perception of the space”. L.A.

All the materials used contribute to creating a fluid space stretching all the way to the terrace and garden. The relationship with the outdoors is favoured by these green projections that contextualize the building within the convivial “rustic” reality surrounding it, which is very atypical for a big city. It's like finding oneself inside a hortus conclusus with a vibe of Palermo — the owner's hometown.

From the front door, one finds himself catapulted into the long perspective of the dining and kitchen area that overlooks the garden. This is the beginning of a vertical ascent via the various staircases squeezed between the longitudinal load-bearing walls and the central core structure. The small size of the flights is balanced by the width of the landing — a part of the floor one must pass through to access the subsequent flight of stairs. The ascent continues all the way to the study area created in what was formerly the attic. Nothing hinders an upwards run or descent towards the fitness area. The few pieces of mostly vintage furniture are limited in height and there are no doors or wardrobes. Floors and staircases form a single structural and material entity, all clad in the same wooden slats. It is, however, the many custom details, the choice of ad hoc materials and finishes, and the continuous quest to broaden the space in 3D that makes this 200-square-metre house great. 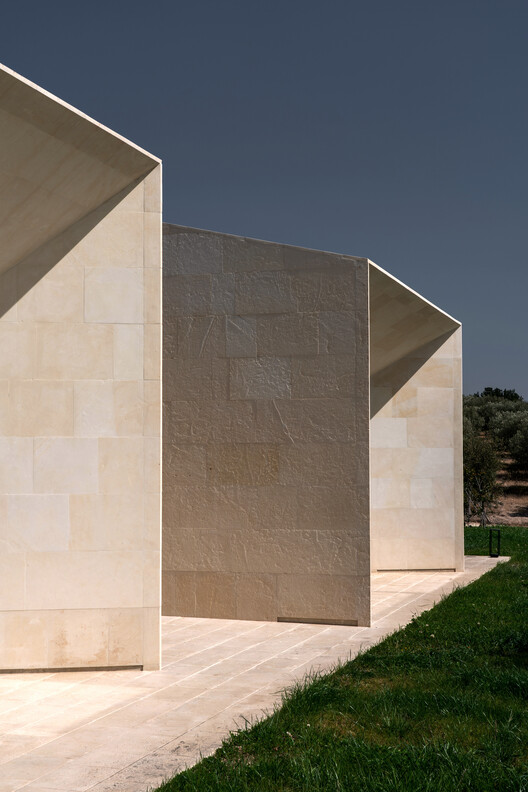