Last year, nArchitects released a trailer that teased the development of their winning adAPT NYC entry, Carmel Place (formerly known as My Micro NY). The competition sought to address the need for small household apartments in New York City. Now in a newly released video, the full story of the city’s tallest modular tower comes together in smooth timelapse to a dainty piano soundtrack. 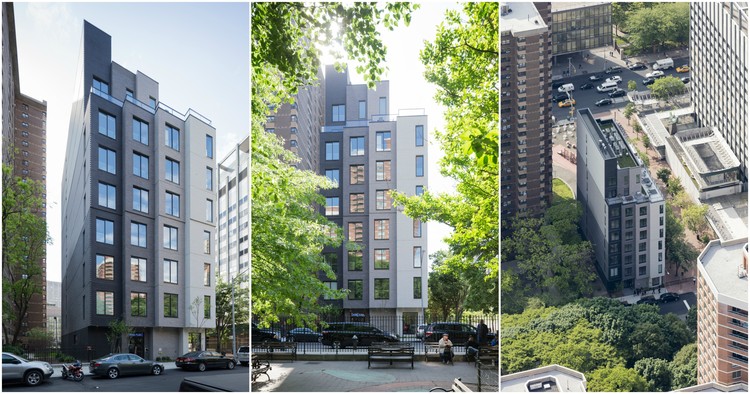 With the original adAPT NYC competition being part of the Mayor’s New Housing Marketplace Plan, the proposal was granted special mayoral overrides—most notably waiving the minimum 400 square foot floor area of an apartment unit, hence Carmel Place’s extra-small footprint. The 55 units within the building are 260-360 square feet each, which residents moved into in June this year. Each of the 55 micro unit apartments is its own self-supporting steel frame module. Another 10 of these steel framed modules serve as the building’s core.

While the units themselves are small, the demand for them was not, with 60,000 applications for 14 affordable housing units (there were 22 affordable units in total; 8 were reserved for formerly homeless US veterans). But while the sheer demand for the apartments suggests a warm reception to the idea of micro unit living, not all believe that a reduction in size is a solution to affordability.

However, nArchitects have always understood the complexities that a project like Carmel Place involves. “When we were invited by the developer to work on this project we thought ‘is this really a good thing? Should we be shoving people into smaller shoeboxes?’” said Mimi Hoang, principal of nArchitects, in an interview earlier this year. Hoang offered the opposite perspective, saying "you have to think about all the other tangential, ripple effects of not doing it... Not doing it means loss of talent in the city, because plenty of people, especially creatives, are leaving New York for cities like Philadelphia. Artists, musicians, they can’t afford to live in New York any more." And, she emphasized that they are not interested in “squeez[ing] more apartment units onto their plots,” but “interested in creating community... in creating a new kind of living experience.”

It is nArchitect’s hope that residents in these “big but small” apartments can feel connected to the larger city through the building itself, which slots into its surroundings unobtrusively. The building also expresses a cohesive whole, rather than emphasising the separate singular units within. The design coupled with the modular construction methods used make Carmel Place an important precedent for the future. 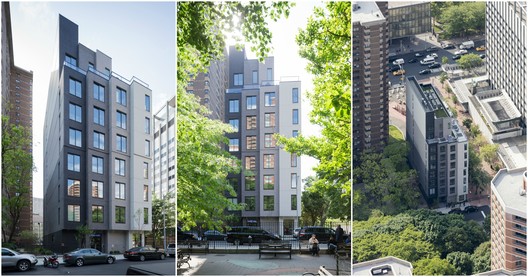