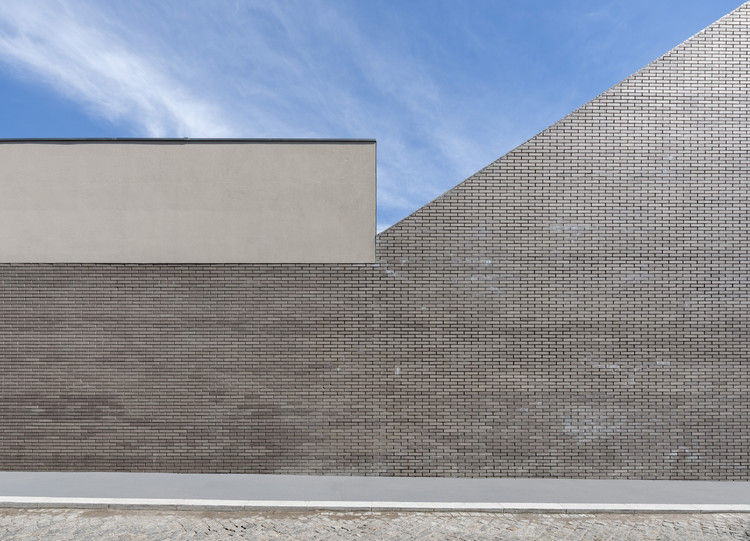 Text description provided by the architects. On the pretext of designing a pre-primary and primary school for children, the solution to an urban problem was sought: the quarter available for construction was characterised by a great void stuck between discordant scales and languages, open to integration into the urban fabric.

The brief for the school comprised three main strands: classrooms, a library, and a common space for a gymnasium and a canteen, each with different areas and volumes. This difference in size and brief enabled its division into different bodies, siting them at different points on the land so as to punctuate a triangular plot with an envelope of varying scales.

The classroom block occupies the largest, lowest and markedly horizontal side of the land lengthwise, relating in landscape terms to the existing void to the north and having the main classroom wing facing south.

The canteen block is a larger volume which relates to the collective housing buildings in this urban area.

At the tapering end of the plot stands a triangular prism, accommodating the reading space and finishing off the quarter to the west to create a proximity with the most informal area of the urban fabric.

These three buildings are connected by a peripheral wall in exposed brick masonry which forms a continuous boundary for the entire complex, connecting the school’s open spaces (playgrounds and courtyards) and built spaces. This brick wall is a strong feature of the urban intervention, somehow maintaining its original calling as a large space available to the city.

It confers an organic expression on it, connecting the construction to the ground and effecting a permanent continuity between the interior and exterior areas. 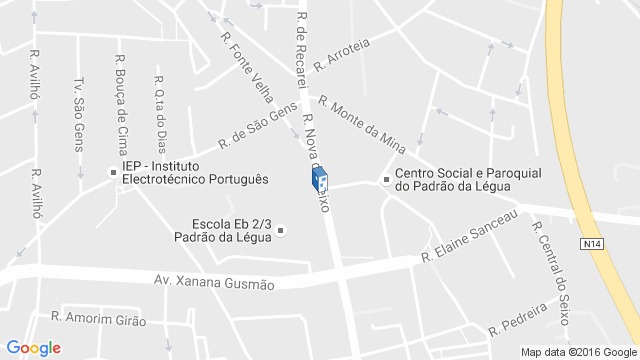 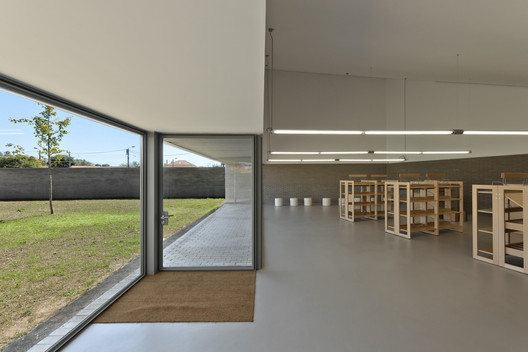 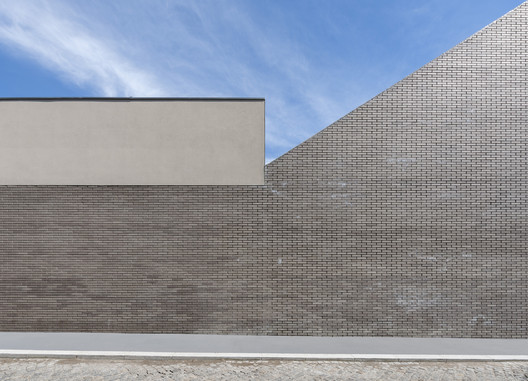