Competition organizers Bee Breeders have just announced the results of their Trans-Siberian Pit Stops Competition. At 9,289 kilometers, the Trans-Siberian Railway connects Moscow to Russia's far eastern cities. While it historically attracted many adventurers who would later write about their journeys, the railway is largely used for domestic travel today. 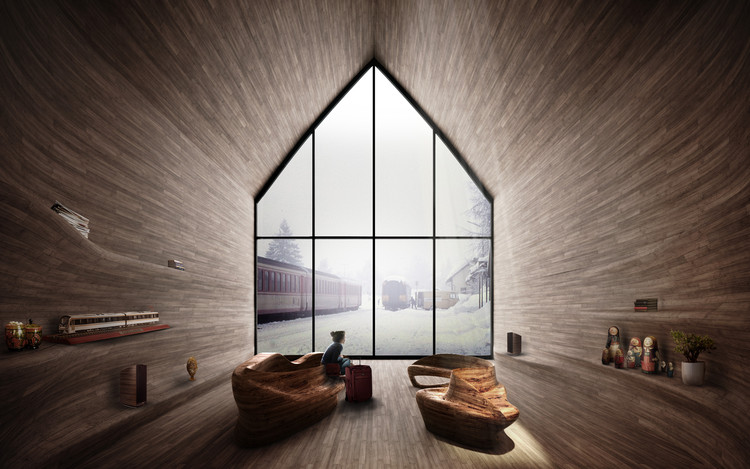 "The winning project stood out for its unique combination of traditional forms of architecture and the dynamic nature of the railway" - explained the judges.

The second place entry, by Jacopo Abbate and Matrina Mitrovic, used a wood fire hut as inspiration for their landmark-style project. Centered around a fireplace, the pit-stop creates light and warmth for fellow travelers. Additionally, the fireplace serves as a structural element for the building.

"The nature of a large fireplace is inviting and welcoming, and its slight peculiarity gives it a unique and symbolic appearance that can be recognized immediately from every station along the Trans-siberian railway route" - commented the jurors.

Anamorphosis, the third place project by Godfathers, integrates itself with its surrounding environment through a mirrored facade. Because of its diverse nature in different environments, the pavilion can be placed throughout the railways, offering various facades.

"What made this design stand out to the jury panel is the dichotomy of its nature, its impressive design making it stand out while at the same time reflecting on the world around it" - commented the jurors.

Read full details of each design including honorable mentions can be found here. 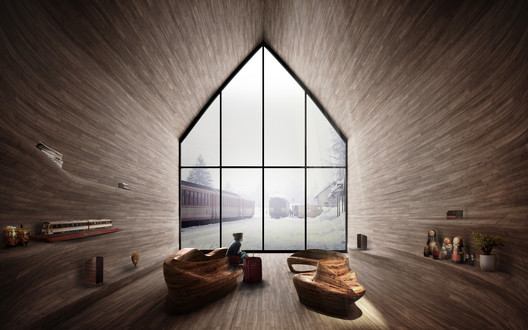