The KulturRegion Stuttgart successfully wrapped its three-week Aufstiege ("Ascents") Light Art Festival in October. Curated by Joachim Fleischer, the festival showcases work by over 40 artists from 10 countries. The 37 installations were available for viewing nightly from 8 p.m. to midnight across 25 cities near Stuttgart, and particularly popular exhibits have been extended. 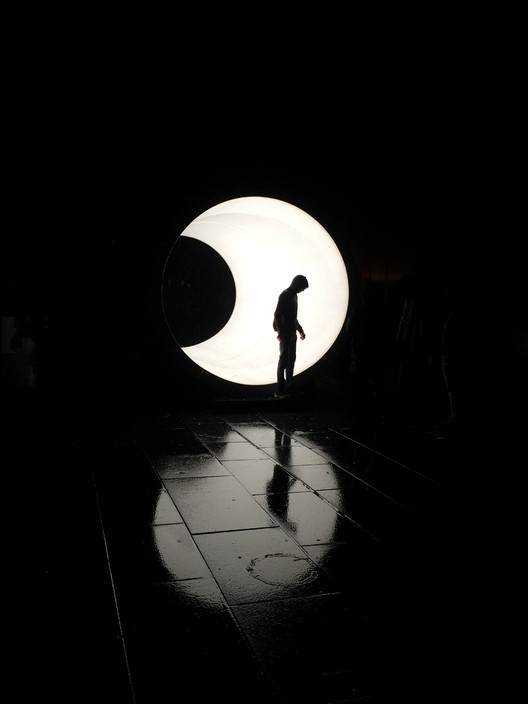 For example, artist Karolina Halatek's light sculpture Terminal will remain on display until November 21 in Gerlingen. Hatalek works at the intersection of visual, architectural, and sculptural objects, describing her art as an invitation for drama and reflection. Situated like a UFO in the Gerlingen's town square, the installation emphasizes the duality between light's powerful realness and its intangibility. Terminal is simultaneously separate from its site and open to it, setting a stage for interaction with its spectators.

Other extended works include Max Frey's "In the River," which can be viewed at the Eugenstaffel for the next ten years; "Vertex" by Susan Helenmiller, Martina Kändler, and Katharina Heubner, which will become a permanent addition to the Schlossbergplateau stairway; and "Runners 10" by Christine Camenisch and Johannes Vetsch, which will remain at the subway station for another year. The festival encourages people to explore the region, using light to highlight new paths and places for those who are unfamiliar. The installations aim to provide opportunities for people to discover and participate in their built environment.