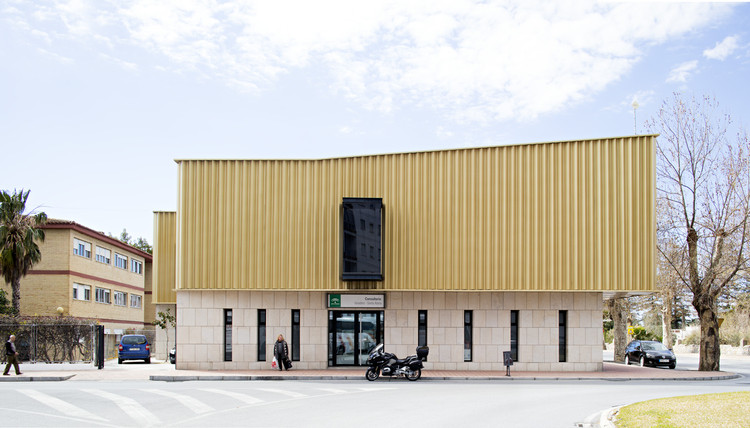 This new facility building, designed to be a clinic and an administrative and training center for the development of actions of urban and social regeneration is located at the entrance of the port areas of the city of Motril, in an enclave of little urban value but with a clear condition gateway to the neighborhood. The building proposal seeks on the one hand to be adapted in scale to the environment, but without sacrificing to become a recognizable reference as befits the public use for which it is intended. The building, which is developed on a plot of facilities along with other buildings already constructed, is designed for simple and intuitive way through the duality of the uses contains:

On the ground floor there is a doctor’s office, which has materialised through a solid foundation, a solid stone piece to the street with a traffic volume of the proximity of the port city . The medical offices get light from the open courtyards of the plot and the reception and waiting area through a central courtyard with a magnolia tree inside. This organization provides privacy and protection necessary for sanitary use without sacrificing spacious and well-lit spaces.

On the first floor, above the base’s stone which is the clinic itself, there is another body of the building lighter and more dynamic that contains all the administration and formation offices . This second body, made of aluminum folding panel is extended over the building and set back on the foundation, thereby generating a series of shaded areas protecting the large windows which the administrative area is made with. The two building, although having their own separate and distinct entrances , are visually linked through these different compositions with courtyard terrace as the main element of the composition, resulting interrelated at different levels spaces that allow recognition the building as an inhomogeneous, reflecting the diversity of uses that contains. 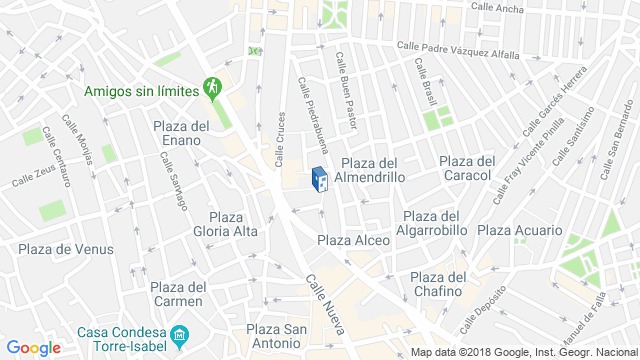