Clément Blanchet Architecture has released its bid for the international Nice Station Extension competition, which also received entries from Marc Mimram, Jean Duthilleul, and winner Daniel Libeskind. The proposal integrates buildings in the city center of Nice—which is surrounded by railways, a ring road, and the city—including a new mixed-use public complex, retail and office spaces, and a boutique hotel. 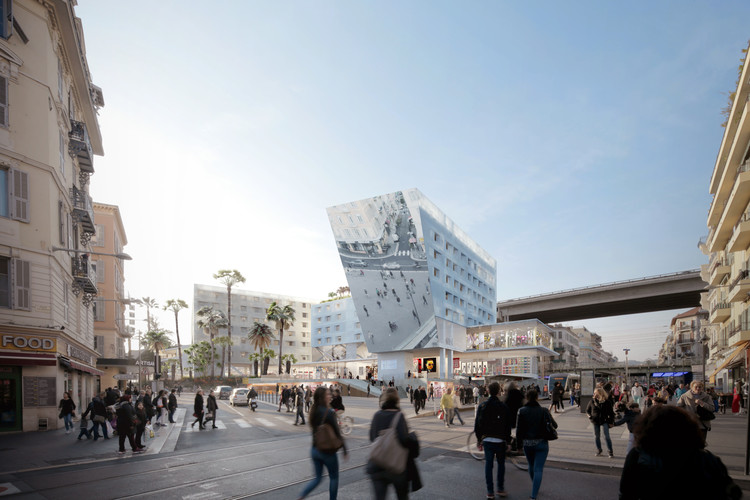 The architects observed the original site as isolated and without a strong public center. Therefore the design team proposed a simple design to negotiate between infrastructural and metropolitan issues. First, the new mixed-use complex will extend from the existing station, organizing these programs along with a united walkway. The ground-floor retail space connects the building to its site, while mixed-use areas are formed by an undulating three-dimensional facade that connects the project to the northern part of the city. Overall, the exterior view of the complex is aimed at interfacing with residents and travelers alike, bolstering the relationships between interior, exterior, and site.

The proposed design includes new entrance points that welcome visitors inside. A primary ambition of the project is to cultivate a rich local architectural history in Nice’s city center. The design is also meant to reflect and promote public life by fostering free social interaction.