Save
The Stealth Building / WORKac 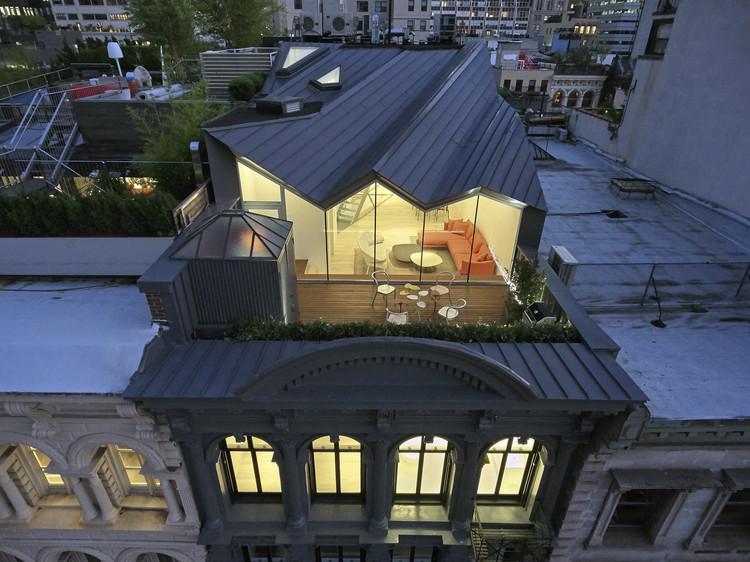 Text description provided by the architects. This residential development consists of a complete gut renovation and new construction behind one of New York’s most beautiful and oldest cast-iron facades. It required a careful approach to the blending of contemporary architecture with historic preservation. New York City’s Landmarks Commission required any rooftop addition to be invisible. The building, however, is located on a highly-visible corner with a low, two-story building across the street. This meant that the building’s roof was visible from almost three blocks away.

Tracing the cone of vision from the furthest point from which the building was visible, WORKac utilized three rooftop projections to mask the bulk of an addition: the triangular pediment of the historic Carey Building next door, and the circular pediment and an abandoned elevator bulkhead  at the top of the building itself. The “shadow” created by these three projections created a sizeable zone for the addition and the opportunity for a distinctive angled form for the new roof. The result is a sculptural form that is – at the same time – completely invisible from the street below.

For the apartment interiors and public area, WORKac created spaces that combine nature-inspired elements and systems with new ideas about urban living. From the tessellated green wall at the lobby to generous planters and balconies at the second, sixth and seventh floors, connections to the outdoors are emphasized. Within each apartment, a “third space” between bedrooms and living spaces is created at the top of the volume containing storage and bathrooms. Less than four-feet high, this “bonsai apartment” is outfitted with a futon, seating areas, and an herb garden above the kitchen. Its main feature is a fern garden connected to the master shower below. Steam from the shower collects on the glass walls of the garden and waters the plants.

The penthouse combines sleeping spaces and a family room within the old fifth floor of the building with new entertaining and dining spaces under the new roof at the sixth floor. A secluded terrace is sunken behind the pediment with views to the Woolworth Building; the old elevator bulkhead is repurposed with a hot tub. The height afforded by angle formed by the cone-of-vision allows for a rear mezzanine with views toward downtown and the Freedom Tower.

The 1857 façade is completely restored. The new charcoal color chosen by WORKac references the building’s history of being painted in dark contrast with its lighter neighbors. As all of the building’s Corinthean column capitols had been lost to history, WORKac collaborated with the artist Michael Hansmeyer to create new versions. Hansmeyer created a computer script that allowed the classical floral elements of the Corinthean order to “grow” fractally, resulting in a new design that adheres to the old proportions but is composed of clearly new forms and idiosyncrasies.  Like the rooftop addition, these capitals at first glance appear quite ordinary; it is only on closer inspection that the stealthy strategy of strategic injection of contemporary design becomes clear. 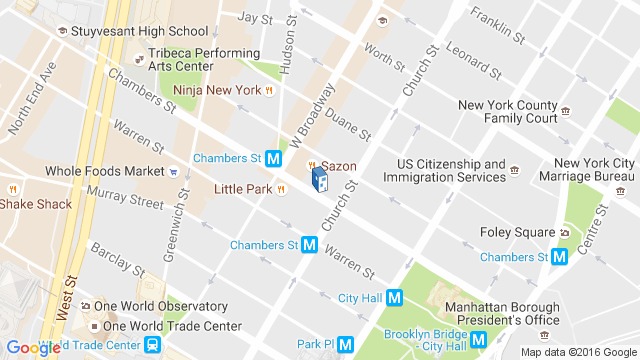 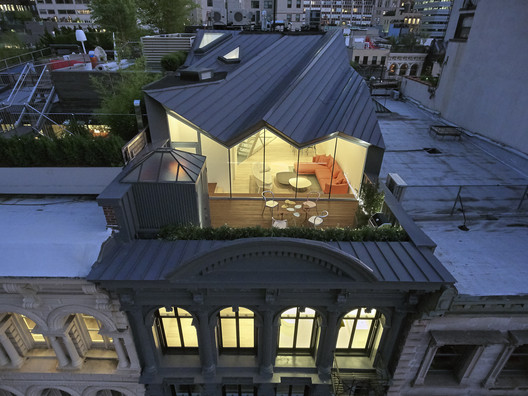