The plans follow several years of public calls to reenvision the gardens. Six months ago, a 20,000-signature petition to knock down the wall was presented to the Manchester city council.

In 2013, Ando himself admitted that the project could use some livening up, suggesting covering the structure in greenery.

“For me, just because the building is built does not mean it is completed and it is in the final form,” he said at the time.

In the new plans, the pavilion would be replaced with a similarly sited but much more open structure housing a row of new bars and restaurants and featuring a planted green roof.

Learn more about the project and see renderings for the wall’s replacement here. 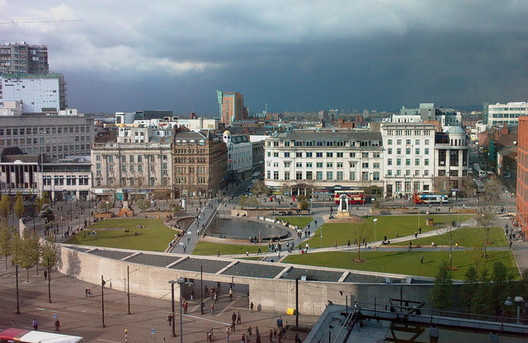