Designed by Andrew Bromberg at Aedas, the design is nicknamed “Cloud on Terrace,” as it uses a series of green terraces as a visual and occupiable “bridge between the low-rise, residential developments to the south and Changshou Road to the north.” 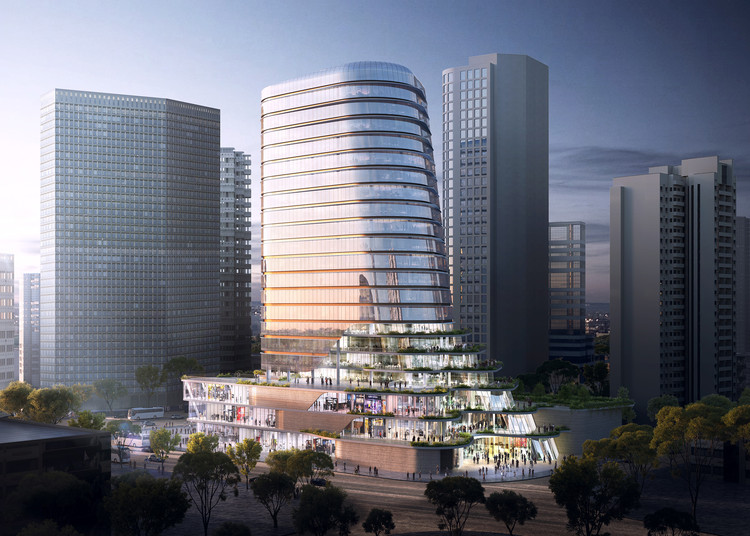 At its base, the retail podium creates a streetwall along the property edge, gradually stepping away with vegetated terraces to meet the tower setback. Entrances to the retail areas are located at both ends of the building, facing the most highly-trafficked pedestrian junctions and linking to two nearby metro station entrances. According to Aedas, these design decisions will make the development highly accessible, providing a “missing ‘humanism’” to the neighborhood.

As the building rises, the terraces dissolve into the tower’s deliberately ambiguous form, articulated with soft corners and a rippling curtain wall façade to gently reflect its surroundings. The architects describe the visual impact as one that will “allow the tower to float above the green terraces of the retail below as a ‘cloud’ may sit on hill.”

Further contributing to its interaction with the street, the tower has been oriented to optimize views along Changshou Road, while below, a recessed ‘cave’ breaks down the mass to a human scale.

The building has also been designed for ideal light conditions: horizontal ribs around the tower act as sunshades and high-performance, low-e, low-iron glass has been specified for the curtain wall to reduce solar gain on the office floors. Natural landscaping on the podium balconies will also provide cooling and shading benefits to the naturally-ventilated environment.

Gemdale Changshou Road is expected to be completed in 2019. 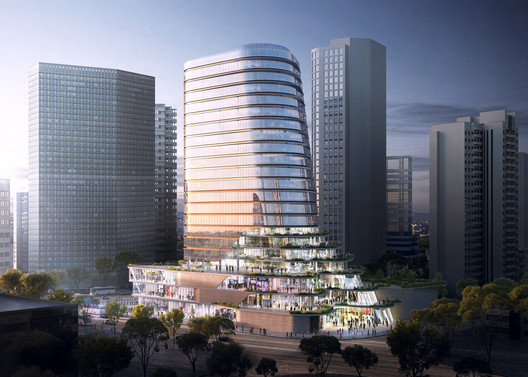