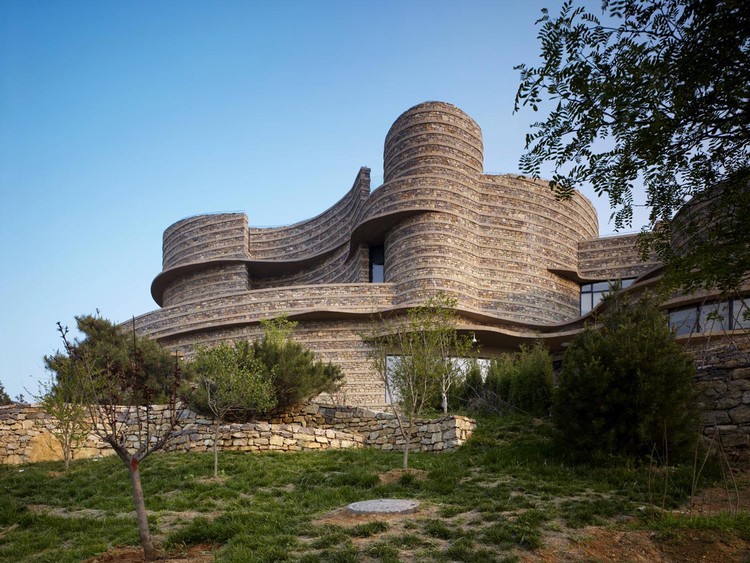 Text description provided by the architects. The Ji County Geological Museum has taken “the exhibition of the history of tier and fold of rocks” as its theme, using stones of rare shapes which have evolved over billions of years to construct the outline and space of the museum. The museum imitates the special forms of geological structure, forming a spiral plane layout.

The irregular curving eaves and the newly built wall made of the stones from the discarded mountain houses look just like laminating stratum formed after billions of years’ sedimentation.

The architecture looks so natural as if it is grown from the underground layer after layer, showcasing the unique charm which can only be seen after great changes. 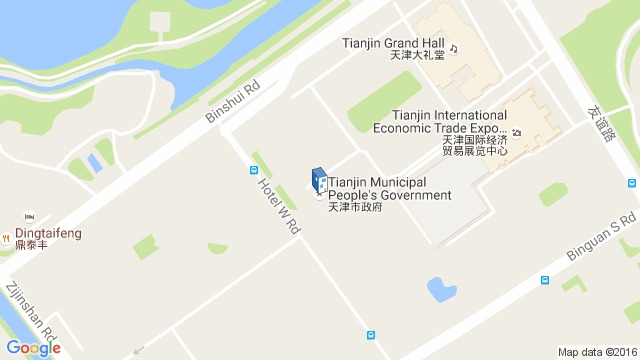 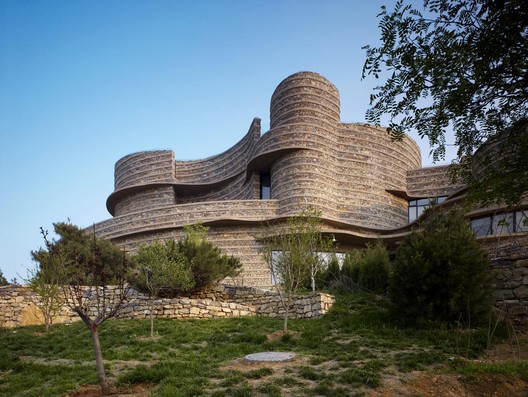