Text description provided by the architects. Fuzhou city in Guangxi province is a beautiful ancient town. Liujiang River washed out a island of dozens of square kilometers which shapes like a boat in Guangxi karst land, offers great views which is far more better than Guilin. Liuzhou Suiseki hall is located in the southeast of Deer hill park. Behind the Liuzhou Suiseki hall there are two mountains which one is lower and rounded and another is higher and steeper, the local people call them Mother red deer hill and Red deer eggs Hill,they stay harmony and contrast the characters of each other, called the masterpiece of nature gods.As a Perfect echo of the two hills,a prior architectural form was born with the right folded and the left curved.

On the architectural space and shape design, first, the rectangular plane is distorted in “X”and”Y” dimension into a parallelogram which is divided to 12 parts by “s” shaped curves, these 12 parts have self-similar characteristics. Second, after tearing the plane, the z axis entered. Each part is extruded vertical along a S shape, the movement of each part participate with the other parts and the macroeconomic effects.

Height become lower from the southwest to the northeast gently .At last, two different kind of force were exerted on the two end of this building , so at last, the building is curved in one elevation and linear in the opposite one, which is a rejection of water and mountain in nature landscape .

We have become accustomed to the way that round and rectangle cannot exist in one shape,but in this building Curves and straight lines are no longer in contrast like in Euclidean geometry, but become a Integrate under series of topological nonlinear transformation. I call it " manifold ", a movement variation from beginning to end and filled with two or more different forms in one body, the body is not a result but a process, a Continuous changes from linear to nonlinear geometric composition, with both topological and fractal characteristics.

From the cultural point view of, in Chinese landscape culture, a mountain and a stream are not opposite , but a harmony worldview, philosophy and aesthetics view. Mountain and Flowing Water like “yin” and”yang” are the performance of all things ' two sides, is a unity of opposites and can transform into each other between the two. The heavy part is earth, while the light part is heaven. Such thought is not only an literal ideal of the Intellectuals, a comprehensive ancient people feel about nature, but also a phenomenon we can observe in nature. In karst landform, stone surface pattern under the impact of fast-flowing water will have manifold changes.

This is a special texture stone waterlines in the impact of years of water erosion, which I call the solidification of water. In other side, high temperatures will change stone into liquid form too. This special liquid under high temperature at the sudden change in temperature will also show the characteristics of the water, still filled with a sense of movement . Various changes described above belong to the topological fractal transform or change in the geometry.

The form of Liuzhou Suiseki hall is composed by a series of topological transformation and fractal geometry of self-similar and self-affine random variation,one elevation is composed by water-like curve while the other one is composed by rock-like poly line, but they look harmony in one building and perform a amazing view.According to the author's study, architecture and mathematics manifold are similar in geometry, different disciplines, different focus. The difference is that one is mathematics, one is aesthetics. 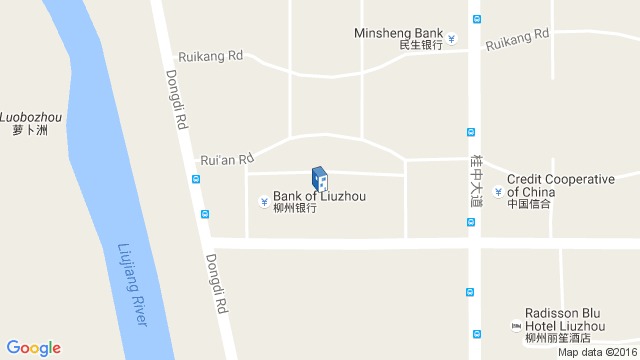