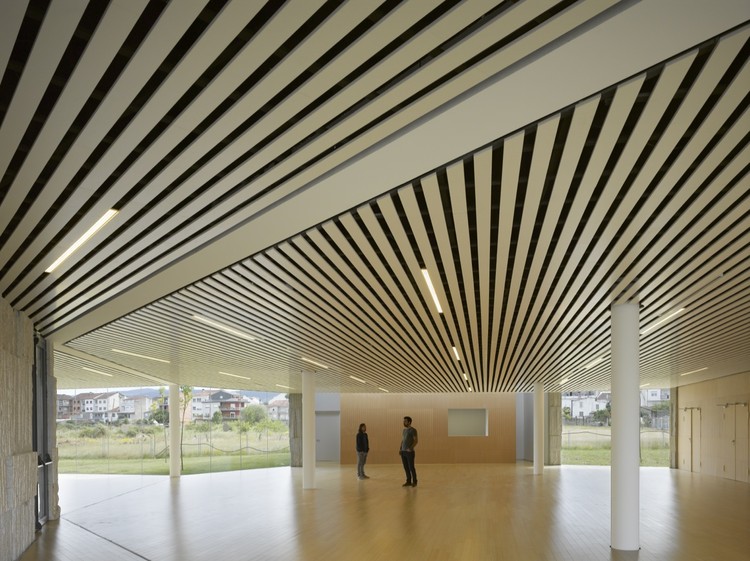 ¿Great home or small town? Arts center of Verin provides the intimacy of a home and the heterogeneity of a town.

The initial approach of the project comes from a previous study of the  environment.

From this analysis, we get the conclusion that Concello do Verín stands out by the heterogeneity of its blocks, which have been developed around an urban nucleus. Even though each block has different shapes, the way they are set is the same in most of them.

This occupation is based in many small buildings that are aligned with the edges of the patchs, standing next to the road and leaving gaps to the interiors for common spaces, grouped in this way, into small communities or ‘towns’  within the whole Verin. ‘Towns’ with a random order that are being defined by the flexibility of its uses.

This project is a Centre of Arts where the fact that each use works by its own way but on balance is emphasized. The example we follow is the scheme above mentioned, where each unit works independently to the exterior and in conjunction to the interior, not interfering with others.

This basic premise  involve the concept of the proposal. Each use of the program required by the City Hall materializes as a unit, as a volume that is aligned to the edge of the plot creating a space of coexistence and relationship, without hierarchies, supporting the idea of ​​small community.

Once comes to this point, we reach the conclusion that it is impossible to avoid the relations between the different uses, so respecting the scheme of individual volumes to the exterior and common space to the interior, the units are sliding according to its use and letting interstitial spaces appear.

The Centre of Arts turns into a space of cohabitation of different activities, an special place where its units works as separate ‘houses’ and as ‘town’ all together.

Formally the design method is surprisingly accurate. The displacement and delicate turn of volumes generates a random appearance scheme but full of relationships and variants. It is a place defined by its own flexibility, unpredictable. Something involuntary that occurs as a result of the relationships of their own uses.

Between volumes irregular spaces arise as a cell, places of different scales that allow users enjoy rooms center and hide at once. Like a small town, center users interpret and live spaces freely and at will. They walk from one side to another, seeking privacy behind a corner or leave, are left to see and relate.

In conclusion, this scheme make separation and connexion of the units compatible, generating numerous nucleus that interact and change depending on the use of its occupants.

The general aspect is filled by ‘the fifth façade’ of the building, the deck. In this case, it is made of green cover.

Despite of the simplicity of its construction ( concrete and glass volumes), the centre has a outstanding character,  without dismissing the environment it is set and taking care about the scale (size and height) with the surroundings.

Due to the way it is set in the plan, and the independence of its use, this is a centre that can be changed and expanded easily, because both appearance and operation are unalterable.

Talking about the access, the visitor could entry through a large square in the corner where the three main roads conclude. A walk that will continue inside the building to enhance the idea of ‘town’.

In addition, every time that the volumes contact with the edge of the patch, some common spaces are generate, at the same time of exterior access of each volume is created.

The last remarkable aspect of the building is its sustainable manner, due to the materials in the urban land (Green spaces and recyclable pavement) and the installations, that allows energy and water savings. 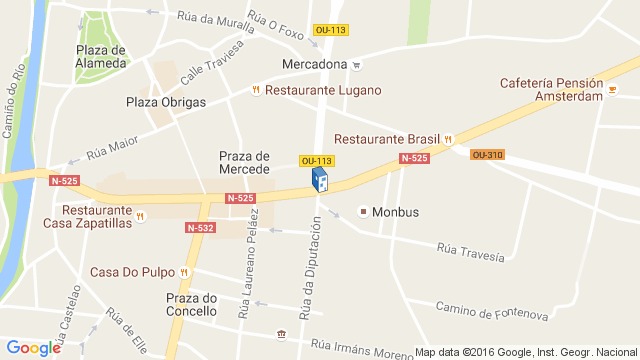 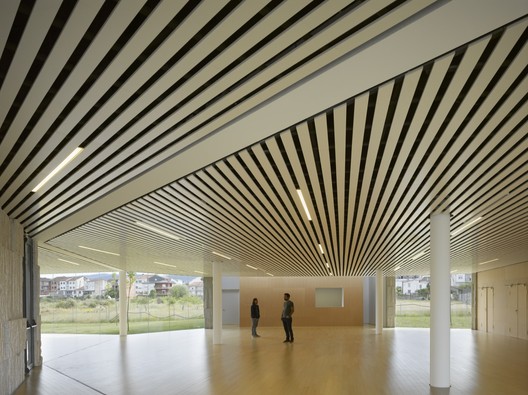