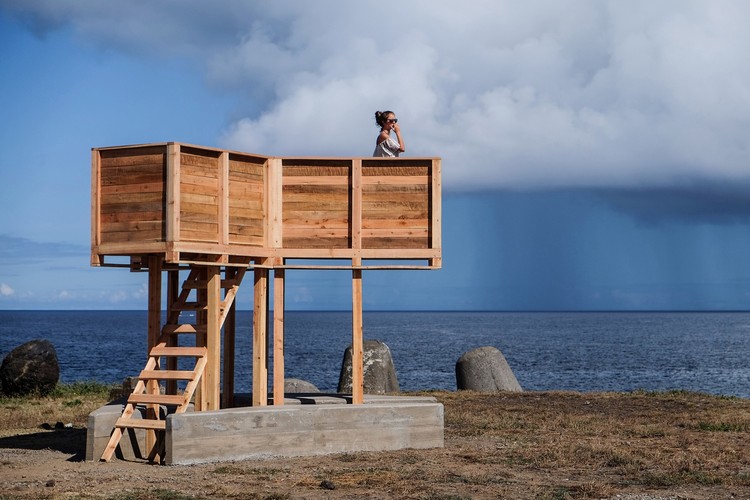 Text description provided by the architects. What seems permanent may forever be temporary.

The Azores archipelago is partly defined by the continuous search for new horizons, being this will driven by certain needs or curiosity; the economic sustainability or the feeling of enclosure.

'Two Manifolds' explores this insular condition, this bipolar relationship between the permanent and the temporary, the act of going or staying. It invokes the desire to raise ourselves to be able to see a little more of this seemingly infinite horizon, this diffuse but concrete line that defines an uncertain periphery.

This viewpoint is located in Santa Clara, one of the most peripheral places of Ponta Delgada. Although it is an underprivileged area, Santa Clara is known for its importance in the construction of the port of this city, one of the major exchange gates between the archipelago and the world.

It was important to create a new centrality in this urban periphery and to emphasize the peripheral condition of the Azores in the European context. 'Two Manifolds' thus creates a landmark, a stopover and observation point, a crossing of different vectors connecting the site to its surrounding universe and to the political and geographical condition of the Azores.

The piece consists of two levels - a higher level for observation and introspection, a lower one for rest and stay - and three predominant directions that establish relations with different degrees of proximity to the site.

Each of these levels is made of distinct materials with different resistance to time and they were all built through processes of auto-construction and in collaboration with local artisans and volunteers.

Taking into account the location - an inhospitable area exposed to the sea and winds - the lower level consists of a set of three concrete benches, inspired by large tetrapods that protect that area from the sea. These benches suggest a new centrality and, due to its permanent character, record the intentions of the piece in case severe storms affect the place.

The top level is in cryptomeria wood (or Sugi, an endemic Japanese tree also abundant on the island of S. Miguel), has temporary characteristics and is easy to disassemble for storage and maintenance purposes.

This tripartite wooden box, which resembles freight boxes, points at three places closely linked to the local context and to the archipelago’s geographical context : a first direction, the one with the entrance, points to Santa Clara and invites its residents to visit the viewpoint; a second, swung seaward, overlooks the port of Ponta Delgada, the point of both entry and exit of the island; the third leads us to the opposite direction of the European political centre and reminds us of the ultraperipheral political and geographical condition of regions of the Azorean archipelago, encouraging us to expand this ultraperiphery with our very own eyes. 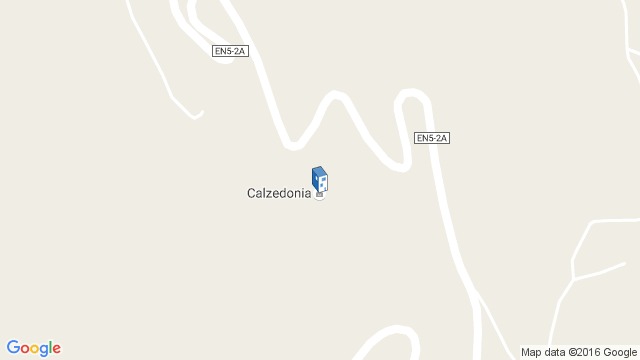 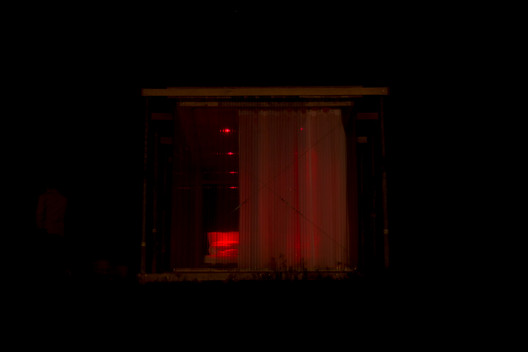