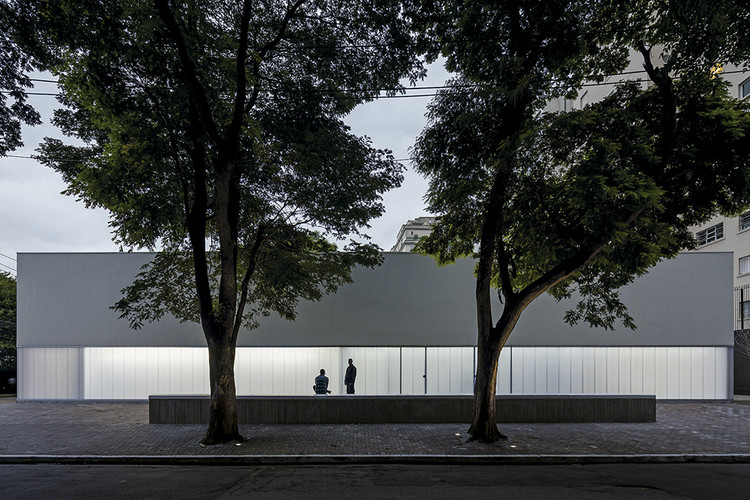 Text description provided by the architects. METRO began the project for a new Casa Triângulo by collaborating with their clients on an extensive search for a site suitable for one of Brazil’s most important contemporary art galleries, which has already been in operation for 28 years. This partnership ensured that that the property on Rua Estados Unidos (one of Sao Paulo’s most distinctive streets) was not simply chosen based on its physical location, but was also selected for the characteristics of an existing structure that would allow for a rapid conversion into a substantial exhibition space. The resultant gap between design and construction was just 11 months.

The new building is conceived as a single large volume, housing two exhibition areas, the collection’s storage, administration and support areas totalling approximately 500sqm spread over three levels (ground, mezzanine and first floors). At almost 5m, the height of the main exhibition area is equivalent to that of the Sao Paulo’s Biennale Pavillion, making the new Casa Triângulo one of the few galleries in town with proportions of this scale.

Regarding the external areas, the façade facing onto Rua Cristóvão Diniz – less exposed to flows of traffic than Estados Unidos - is defined by a courtyard demarcated by the extension of the concrete flooring of the gallery and at its lengeth by a pre-cast concrete bench. This helps suggest a public character conducive to both event days and the daily use of pedestrians. This is complemented by a second asphalt and gravel area which may be used for loading and unloading works of art, but also activated as additional external event space. The area fronting Rua Estados Unidos is reserved for general-access parking. Translucent polycarbonate panels form the entire perimeter of the gallery allowing for natural lighting and transparency during the day, whilst in reverse, transmitting it at night. Large pivoting openings found within these continuous panels, reinforce the permeability between interior and exterior.

Materials have been selected for their efficiency at the detailing stage, either because they were prefabricated or did not require excessive finishing during construction. The polycarbonate and cement panels used on the external facade and in the lining of the main exhibition area, together with the expanded steel grills covering the ceiling, are examples of such materials. 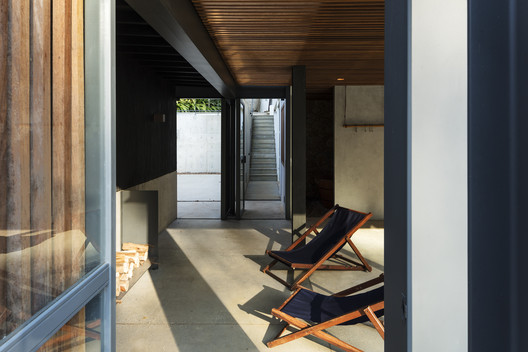 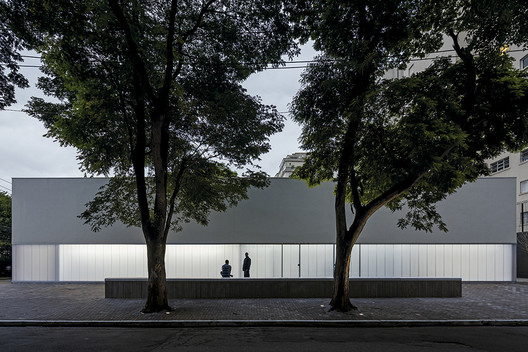