Save
Lucky Knot / NEXT architects 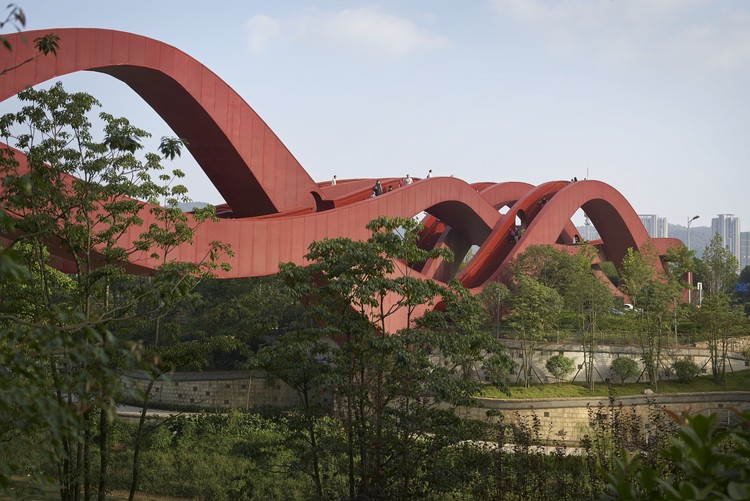 Text description provided by the architects. NEXT architects are working on a unique series of bridges all over the world. This time, their latest design isn’t an intriguing bat bridge (nominated for the 2016 Dutch Design Awards), but an iconic bridge in China: the Lucky Knot. The new steel pedestrian bridge in the Chinese mega city Changsha is 185 metres long and 24 metres high and fits perfectly in the sequence of extraordinary bridges that characterise NEXT’s practice; by explicitly engaging with the local context, the bridge designs offer new perspectives.

The eye-catching Lucky Knot has down-to-earth Dutch roots: NEXT architects holds offices in Amsterdam and Beijing. In 2013, after the completion of their breathtaking Melkwegbridge in Purmerend, NEXT was invited to take part in an international competition to design a new bridge to be constructed over the Dragon King Harbour River in Changsha’s rapidly developing ‘New Lake District’. For this special commission, the teams in Amsterdam and Beijing joined forces to come up with the unique, winning design: the Lucky Knot. Combining the Dutch team’s expertise in infrastructure and water management and Chinese team’s perseverance and knowledge of the local context was a crucial part of the process. The bridge has already become an icon, and was selected by CNN as one of the “most spectacular bridges that break the mold.”

“NEXT’s designs for both international and national clients distinguish themselves for their singular relationship with their surroundings, their enhancing of the experience of the specific location, and their added value to the site. This is also the case in Changsha. The city is growing and changing rapidly. This context called for a unique gesture to inspire passers-by,” comments Michel Schreinemachers, partner at NEXT architects Amsterdam.

A thousand and one steps

The bridge is a key project in developing the area’s public space, and was designed with recreational, ecological and tourist activities in mind. The bridge connects multiple levels at different heights (the river banks, the road, the higher-placed park as well as the interconnections between them). The final shape of the bridge is the result of -literally and metaphorically- knotting all these routes together. “The shape of the Lucky Knot was inspired by the principle of the Mobius ring, as well as by the Chinese knotting art. In the ancient decorative Chinese folk art, the knot symbolises luck and prosperity,” says John van de Water, partner at NEXT architects Beijing. The bridge owes its imaginative appeal to the combining of tradition and modernity.

“The Lucky Knot is more than a bridge and a connection between two river banks. Its success lays in bringing cultures together, and in the fusion of history, technology, art, innovation, architecture and spectacle,” adds NEXT architects Beijing partner Jiang Xiaofei.

The Lucky Knot connects, illuminates and entertains. The bridge offers a spectacular view of the river, Meixi Lake, the city of Changsha and the surrounding mountain range. Thanks to its remarkable LED lightshow, the bridge is set to become a landmark attraction in the light route that traces the path of the Dragon King Harbour River. 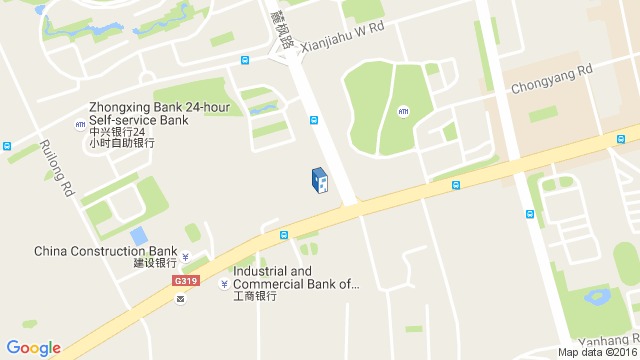 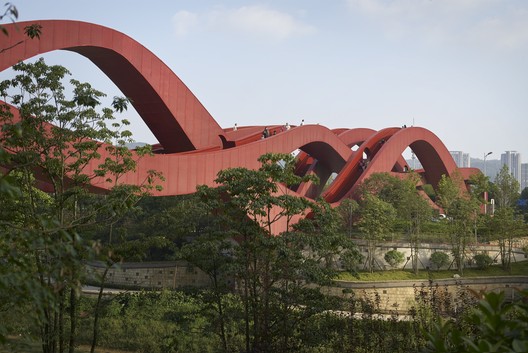