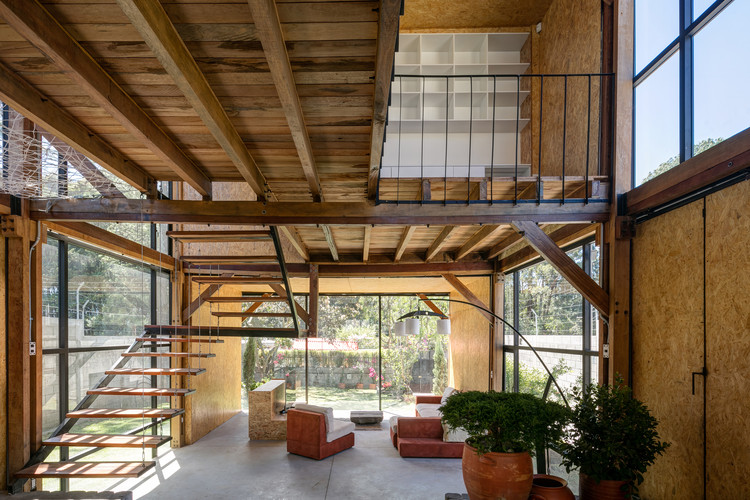 Text description provided by the architects. The Retoños house belongs to a large extended family made up of several smaller families. The clients, Alvaro and María, wanted a house in which to bring together their 16 family members, including children and grandchildren. As a close-knit family, they get together very often. Until now, this took place in a small apartment in Quito, so they were looking for a quieter place far from the noise and drab environment of the city.

The piece of land is located in the suburbs, right across from one of the city’s metropolitan parks. For the first time, they are now able to enjoy their own garden within a large enough space in which to come together. The project had two purposes in mind: to take advantage of the natural surroundings, and to build a place large enough in which to congregate a large multi-generational family.

The design consists of a large two-story vertical bar that takes up a small portion of the land—a house surrounded by nature. The house stands back from the boundaries and has been placed in such a way to allow two big gardens to grow both in front and in the back. At the center of the bar, an interior garden passage joins the two side recesses with two wide folding doors. When opened, the doors allow double access to the house, so that circulation between the gardens and the house flows naturally.

The wooden structure acts as a portico covering the whole width of the house, reducing the number of interior walls. The result is a constant communication between the inside and outside, going from the main entrance all the way to the back garden. Unnecessary circulation and isolated spaces are avoided. Service areas such as bathrooms, laundry room, and staircase are distributed along one side of the bar.

The architectural program prioritized the common areas; the private spaces were reduced to a single master bedroom. The rest of the project is a big living space with no barriers. On the second floor, the open space can function both as a living room or closed off as a private room, with a folding door and cushions on the floor. The two levels are connected by the two-story high interior garden. A net hangs from one of these spaces, acting like a hammock.

Finally, the interior and exterior walls were constructed of dry panels. All the measurements were adjusted and distributed according to the standards of the panels, aiming at minimizing waste. On the outside, cement panels with socket joints were used to protect the wooden structure. On the inside OSB panels are used in the common areas and cement panels were used in the wet zones. The panels were used “as is” and any other finish was avoided to make the construction more efficient. 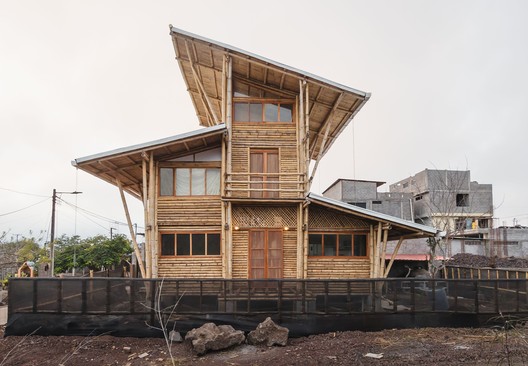