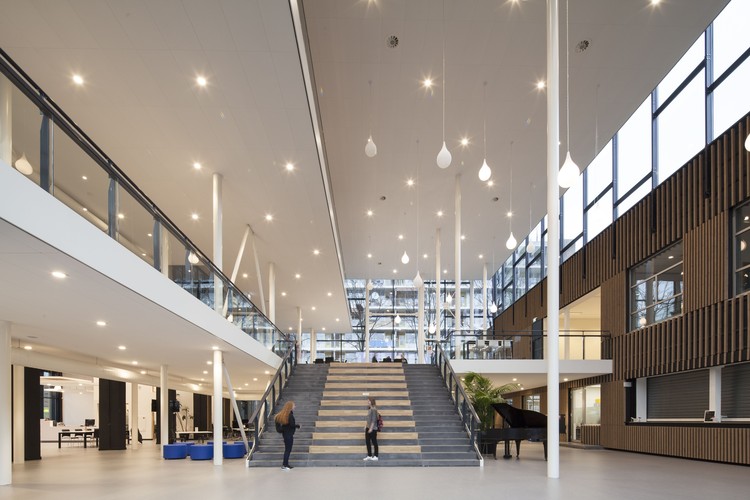 Text description provided by the architects. iPabo University of Applied Sciences in Amsterdam trains students to become teachers in primary education. Mecanoo designed the comprehensive building overhaul and extension needed for the substantial increase of students expected in the coming years.

The existing iPabo building’s core dates from the 1960s. The adjustments and enhancements made in last few decades resulted in a fragmented building that lacked clear organisation and had limited ties to the surrounding area. Renovation of the school coincided with iPabo’s quest for a new identity to express their independence. Mecanoo worked with the board of iPabo to realise inspirational, transparent environments where there is space to meet in a building that is part renovation, part new build.

The building is designed according to the principle of a learning landscape and the emphasis is on the integration of three different zones: knowledge-sharing in classes and project rooms; enhanced concentration in offices and quiet areas; and social interactions in the entrance hall, restaurant and atrium. The atmosphere is warm, comfortable and inviting – people are connected with each other and their surroundings. The renovated building encourages planned and spontaneous meetings amongst users. It surprises, but it is also transparent and feels safe.

The new entrance hall, with its large glazed facade, has a strong visual connection to the neighbourhood, making the school a part of the community. The entrance hall offers views of the three-storey central atrium which connects two building wings, creating circulation routes in place of  previously dead-end passageways. An auditorium and restaurant are located on the ground floor of the atrium. Freely cantilevered above are the library and study areas.

The facade consists of vertical wooden slats mounted on a black surface, providing an interesting visual unity between existing and new build parts. The atrium borders a patio on one side and an educational courtyard on the other. Large quantities of daylight filter through the glazed facade, blurring the difference between inside and outside. To reinforce this experience, the wooden slats of the facade continue inside. Natural and easy-to-maintain materials such as wood, glass and aluminium create a pleasant interior with a human touch. Combining renovation and new build gives iPabo a clear identity, befitting a college that educates the teachers of tomorrow. 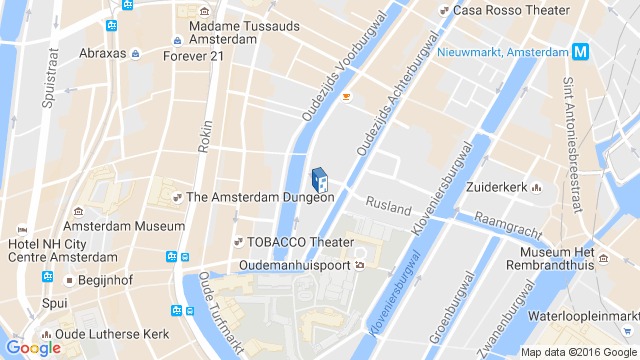