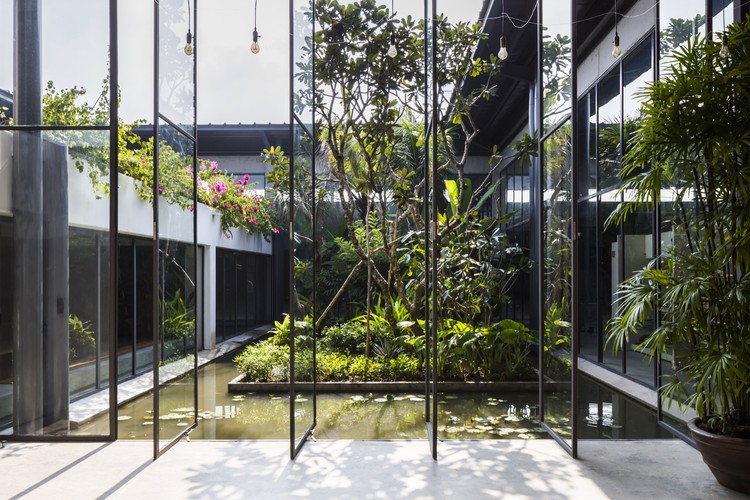 Text description provided by the architects. Located in the heart of a new industrial park in Binh Duong, the factory was considered to be an iconic construction which is “simple but must-be-impressive” enough to be the face of this park.

The client is a steel manufacturing company with the architectural products including staircases, handrails, bicycle stands,... Although factories are usually figured by purely pragmatic boxes for its efficiency and flexibility, we were strongly asked to design this factory to be an aesthetic object while functionality means everything with a limited budget but on the other hand, could offer a fresh working environment for human activities in a tropical climate.

Initially, to meet the demand of the standard budget for normal built-in factories, cubic simple form with 8m-span grid system was chosen as the dominant mass so as to match the neighborhood while reducing the expenditures. Using bricks for the exterior of the building would provide the opportunities to let the building itself work as a landmark with natural clay color contrast to the unobstructed neighborhood. Old bricks were collected from abandoned colonial buildings in the Mekong Delta area and recycled for the exterior layer. In order to decrease the weightiness of the massive brick cube as well as provide the air ventilation for the whole building, an enormous roof made by galvanized corrugated metal is lifted up with 3-meter-cantilivered-canopy in order to protect the indoor working areas from harsh sunlight, gusts and squalls.

Right at the center of this man-made construction, 16m x 16m open-air garden celebrates a serene fragment of the tropical garden and refreshes the working spaces with the natural elements. When all the rotating doors are opened, the air flows could go through and refresh the environment inside the building. The courtyard itself, along with the water feature could functionally build up its own tropical diverse ecology with sensual connection to changing light and seasonal qualitative.

The landscape concept that we mostly desire for approach should provide as much as possible the tropical scenario for the factory. By that meaning, many kinds of tropical plants and fruit plants were installed such as Papayas, Bananas, Tamarinds, Malpighi glabras, Coconut trees, and especially dragon fruit ones which could be considered as one of our first-time attempt. We were inspired by the image of a field with countless rows of poles covered by dragon fruits triangular stems, which would be considered as common sceneries in the middle Vietnam. The in-order pole system made by old bricks intentionally becomes the important landscape element, and tightly connects with the architecture itself.

The design, which could preserve a large amount of greenery in order to serves as a “working environment closed to nature” for the employees as well as interacts the landscape and the building itself, could obtain the new tropical approach of designing factory. 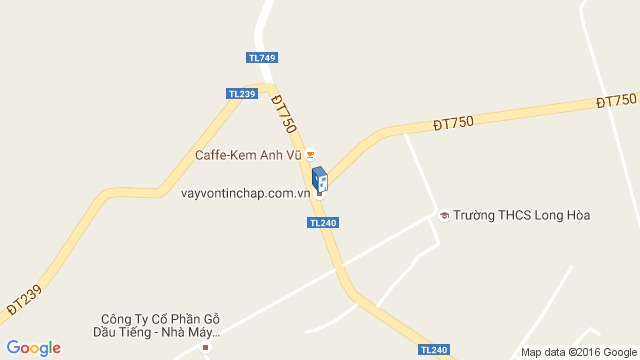 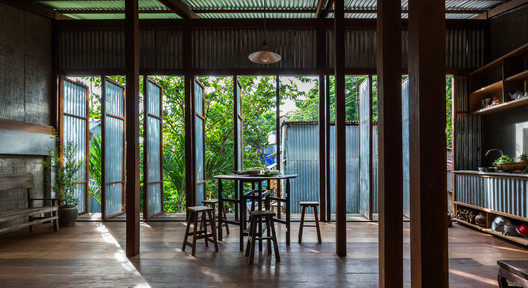 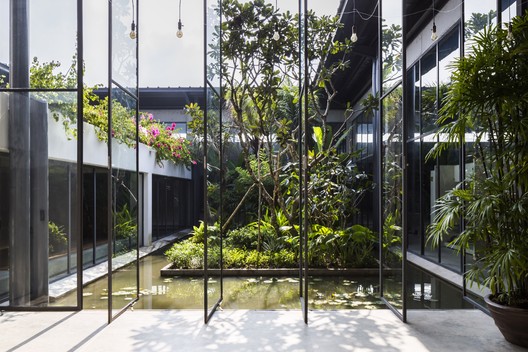