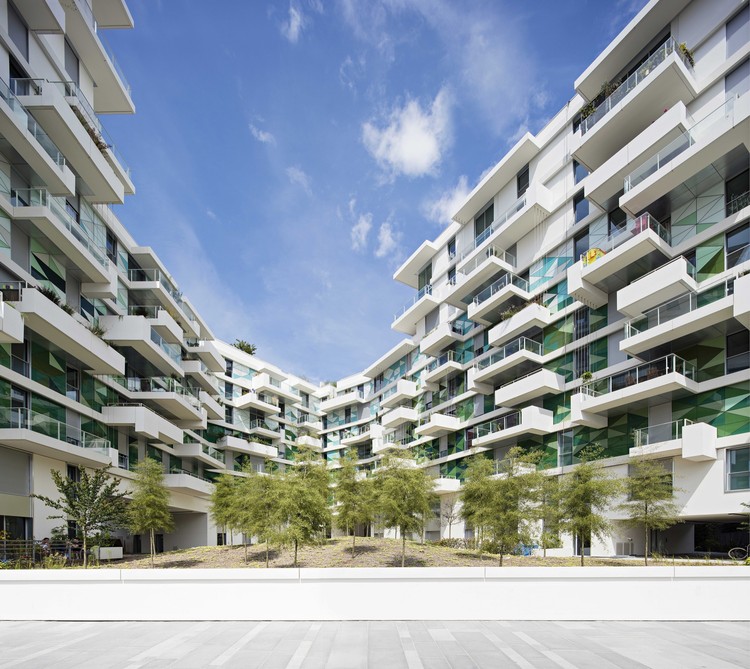 Text description provided by the architects. Situated at the end of Avenue Lefaucheux, the plot of land is located at the entrance to the joint development zone by the quay. Thanks to its position, it has exceptional views over the Seine, with the island of Billancourt opposite and the new urban park anchoring the riverbank.

The idea of the project is to open the garden, at the heart of the plot, outwards, so that it is linked to the new park within the development zone. This means that the majority of the apartments benefit from both the light and the views, and a link with the landscape is created.

In response to instructions received from Patrick Chavannes and Thierry Laverne, visual transparencies have been built in at the level of the building’s common base. This offers an enhanced distribution of both light and sightlines, softening the transition between public and private spaces. In the same way, the way the building is set back from the street, along with the opening on the north side on rue Traversière, help to open up the plot: a small private square broadens the urban perception of the street.

The composition of the facades is directly influenced by the visual spectacle of the Billancourt park and the river: in the central part of the building, mosaic cladding reflects the context in its choice of colours, whilst the choice of modules of white concrete for balconies and walkways enhances the sense of continuity with the generous openings that punctuate the vertical volumes.

Similarly, lush and abundant vegetation is an inherent part of the design. The park continues not only through the central garden, but also up the facade and all the way up to the roof terraces. It gives a strong identity to the whole design, transforming these spaces into a background for plants and bushes. The overall image becomes blurred with the background. Residents have their ‘heads in the treetops’. 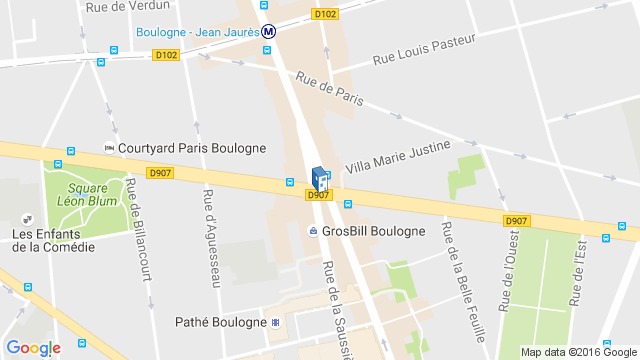 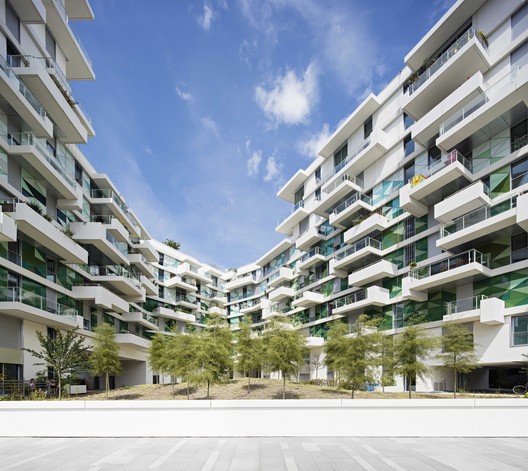