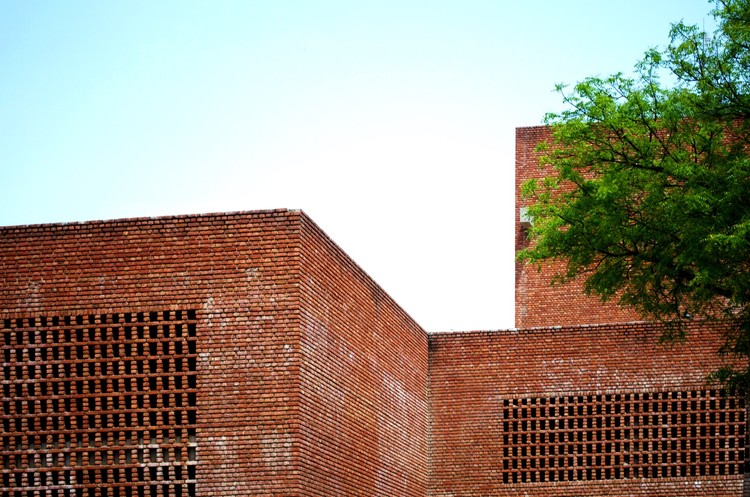 Text description provided by the architects. Surrounded by a rapidly urbanizing village settlement, the 7 acre site is on the outskirts of New Delhi. The site’s existing rocky terrain posed a significant challenge to the spatial planning of the site. The project brief was to create a large warehousing facility that would be equipped with a high degree of automation. With the exception of the office block, the building would have minimal human occupancy. However, a comprehensive environmental and energy strategy became essential required to maintain habitable temperatures throughout the year.

Planned in 3 incremental phases, the 140000 sqft structure is programmatically divided into 3 parts – the warehouse, the loading bay and the north-facing office block which is interlocked with the other two. This layout enables easy stacking of future expansion with no loss of efficiency in material/ man movement. Each block is designed from within, the individual requirements dictating the overall dimensions. The office is thin and narrow, facing the north through a glazed wall that brings in optimum daylight. The warehouses are largely square to enable efficiency, and the dimensions of robotic arms and stocking pallets dictate the spatial planning, including the 20’ high ceilings. The loading bay provides the interface between the two elements and also the exterior cargo area.

Delhi has an extreme climate and a severely dusty micro-environment, both of which contribute to making buildings notoriously energy-intensive in trying to cool down ambient temperatures to human comfort levels. Traditionally, walls were made dramatically thicker than required for structural integrity, with the intent that the increased thermal mass would minimize heat gain. In modern times, a single skin façade is simply not adequate to reduce the temperature and air-conditioning is mandatory.

Rather than overlay a conventional window-based punctured façade over the structural frame, the warehouse and loading bay are wrapped in a perforated brickwork screen.This screen shades a glazed dust barrier, recessed by 1200mm from the south and north facades, creating a buffer zone that cuts glare, serves as a utility zone and provides a high degree of passive insulation. The glazed barrier can be opened during good weather for ventilation and during extreme weather to allow for mechanical ventilation. The west facade is mostly blank with only a sliver of brick screen near the ceiling to permit evening illumination and the completely blank east façade faces the loading bay. The exposed brick unifies the various facades and minimizes the visual impact of the building on the surroundings.

Additionally, the building is set nearly 4m within the ground, allowing for the parking, mechanical and canteen spaces to be naturally illuminated while the adjacency to the ground provides thermal insulation. The surrounding site is sloped away from the subterranean floor, saving costly retaining walls and providing views from within. These sunken areas catch rainwater for harvesting which is diverted to a local well. The roofs are covered with reflective tiling to minimize heat gain and a slim courtyard between the office block and loading bay helps draw out hot air from within the building.

Post occupancy evaluation of the building shows a temperature differential of over 10degrees between the exterior and interior spaces. As if that wasn’t good enough, the light quality within the building is even, cool, bright, but without the glare. Which, in a climate like Delhi, is nothing short of a miracle. 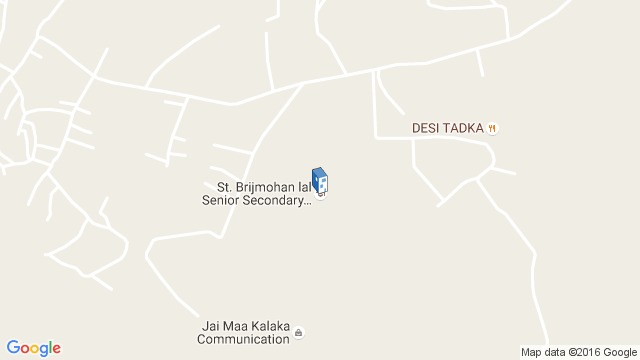