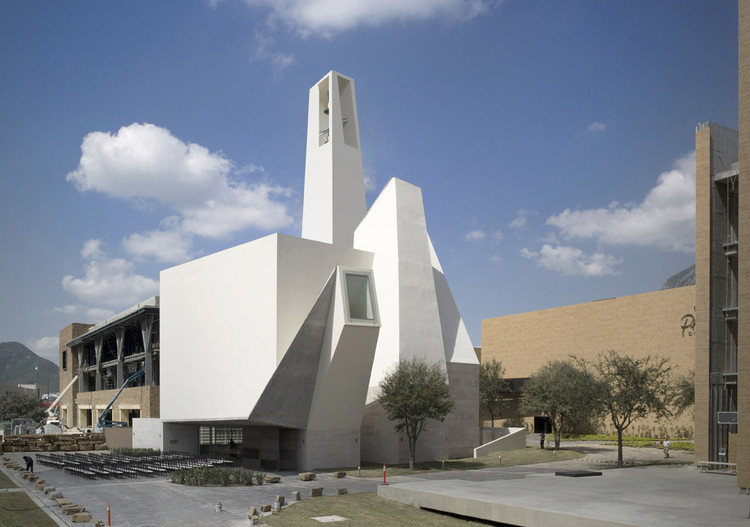 Text description provided by the architects. The church is located on a large plaza to the southeast of a new urban development in Monterrey, Mexico. Its main entry opens right onto the plaza, and with an unobstructed width of 11.5 meters, this opening allows for the visual connection of the interior space to the plaza. The plaza can therefore function as an annex to the church, with religious celebrations and rites spilling out of doors when attending crowds exceed the church’s capacity of 350. Above the entry canopy, the façade is a large flat wall without fenestration or ornament, an emphatic and nearly square plane, declarative of the otherness of the space behind and within: the sacred space of the church interior.

With this project of contemporary architecture we engage in a dialogue where the spaces of the temple not only allow for teachings, social activities, rites and celebrations, but also represent a development of an architectural language with a long history, speaking of continuity but also renewal. We see this church as a place of meditation as well as a social and educational center.

The volumetric concept of the church derives from traditional church plans, and the design presents recognizable architectural features taken from early Christian temple prototypes, such as the bell tower, the stained-glass windows, the frontal altar, the baptistery, the choir, the three chapels and the lateral courtyard.  Nonetheless, the design is undoubtedly modern.

The plan is that of a basilica, with a rectangular central nave some 15 meters high, its long axis oriented towards the altar. There are multiple sources of natural light in the interior.  Behind the baptistery a long glass wall runs the length of the nave giving views of an enclosed patio. Above this area is a version of a rose window, a nine-square grid opening to the west with colored glass. To the southeast, three small chapels each enjoy daylight from high skylights.  Finally, above the altar is a forth high skylight, whose light washes down behind an inclined panel cut into four sections to reveal a large Latin cross, the cross glowing with the light from above. 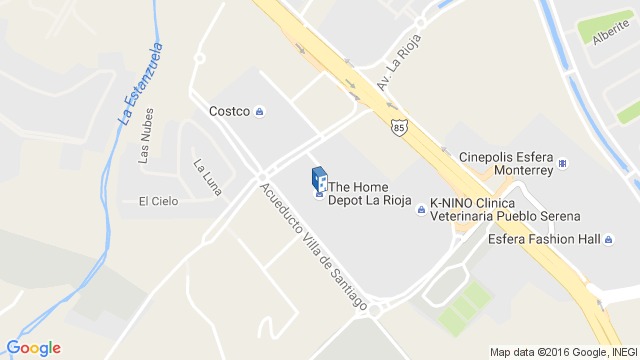 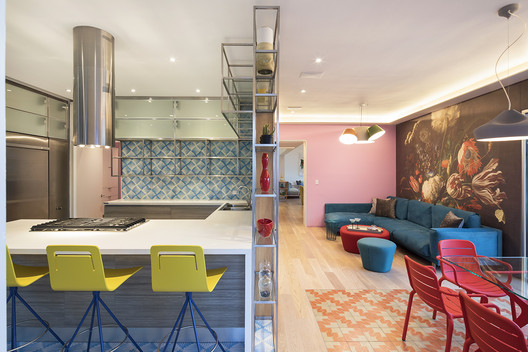 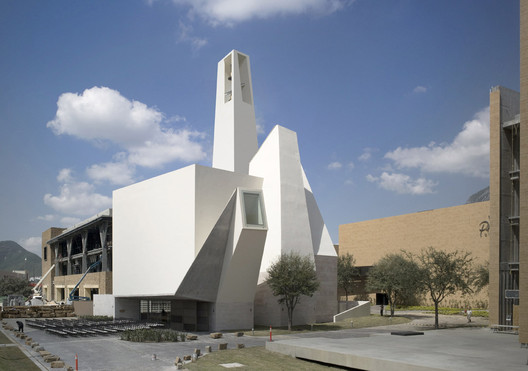