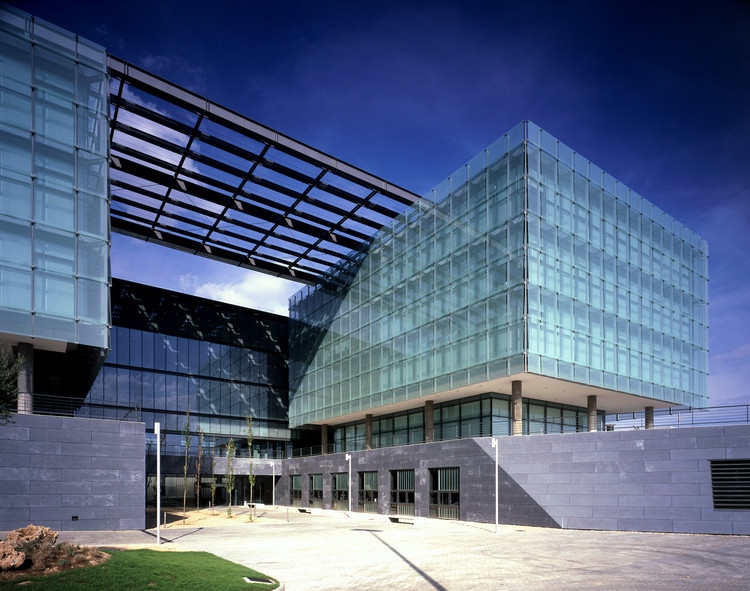 Text description provided by the architects. This project was born as result of the restricted competition launched in April, 2002 by AIRBUS Spain S.L. The works began in February 2003, ending in July of 2004.

The building is located at the entrance of the Airbus factory in Getafe´s municipality, forming its access door.

The spatial solution of three blocks supported on a stone podium linked to the topography, is the fundamental element of its expression, creating a central courtyard where the main entrance is located.

This access space is designed as a large Atrium surrounded by the glazed wings of the offices, and covered by a large canopy. The wings are connected with the rear longitudinal block by two vertical circulation cores, where also the spaces of relationship and service of each plant are located. In the rear block the closed offices are located, and the open offices are on the glazed wings.

In the access floor two patios as guiding spaces of the building are arranged, dynamic spaces both by the horizontal circulations created around them, as by the different intensities and reflections of natural light that they produce.

This Project, highly energy efficient and sustainable, expresses the commitment of AIRBUS with the environment.

The North longitudinal block has a metal panels façade, similar to the industrial buildings of the factory. But to the South it has a double façade composed by a skin of glass, and a second façade of horizontal metal louvers for light sun control.

The lateral wings also have double façades, in this case double glass façades with an intermediate space. These double façades are intended to prevent the greenhouse effect, which is difficult to control using louvers in the East and West orientations. This double façade forces up the hot air circulation in the inside, eliminating it quickly in summer, and allowing its reuse in winter by injecting the hot air in the air conditioning system.

The energy-efficient system is completed with a ventilated double cover formed by metal louvers that meet three functions: the protection of the air conditioning machinery, the solar light passive control optimizing the circulation of air, and the support of the photovoltaic panels. 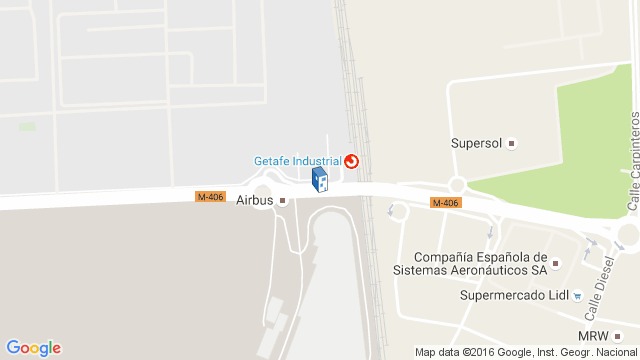 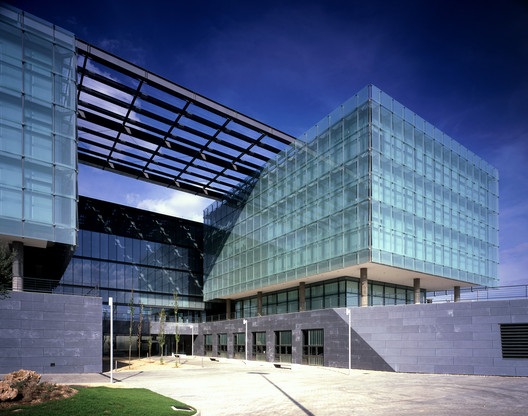