Maksim Atayants and Maksim Atayants Workshop have announced the construction of Laikovo, a new, large, classically-designed city in the Moscow Region that will be built from scratch – which, according to the architects, will be the first classical city to be built from the ground up in Russia in over 100 years.

Intended to embody the best practices of Russian and global urban planning, the city will be designed in the modern classic style in five districts, and will become Moscow’s nearest satellite city, located near Rublyovka, with easy access to the paid expressway, the M-1 double.

50 percent of the 116-hectare city will be dedicated to public space, including a two-hectare park and lake at city center, as well as a main waterway that will become the Moscow Region’s longest artificial channel. 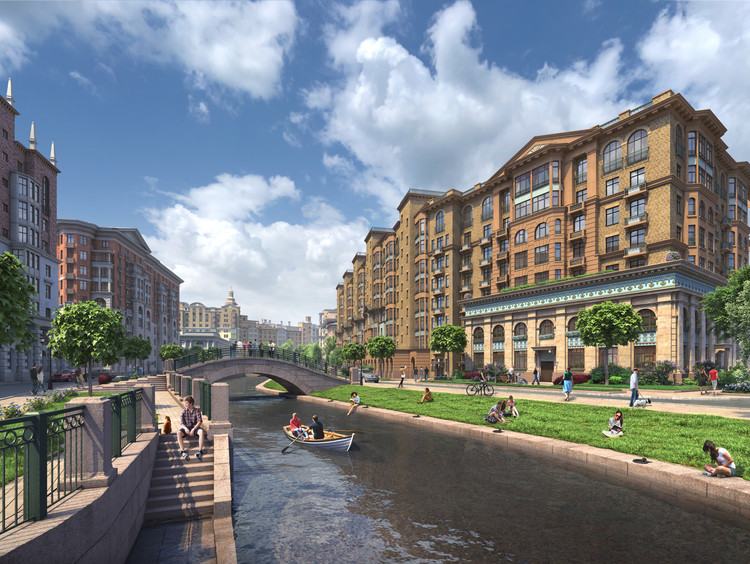 Four-kilometer long embankments will cross the city in much the same way as the Seine river divides Paris into Right and Left Banks. Each of 19 bridges connecting different parts of the city will possess their own style and provide an important viewpoint. Among them, five bridges will be pedestrian-only, with one of them having an arch where several apartments providing unique views similar to those in Ponte Vecchio of Florence will be housed. City-event Laikovo will also have its own island, just like Ile de la Cite in Paris or Kampa in Prague - described the architects.

Moreover, a one-kilometer shopping street will cross the embankments, connecting two city districts and allowing pedestrians to walk to the central square via a pedestrian bridge.

The city’s classical architecture will be combined with advanced environmental technologies, such as terrace gardens that will span three hectares, decorating the city and reducing CO2 emissions by 27%. Additional sustainability provisions will include separated garbage disposal, eco-boxes for battery and bulb disposal, and electric vehicle charging stations.

Laikovo will be built in several stages, with the first stage set for completion in autumn 2018, and entire completion set for the third quarter of 2023. 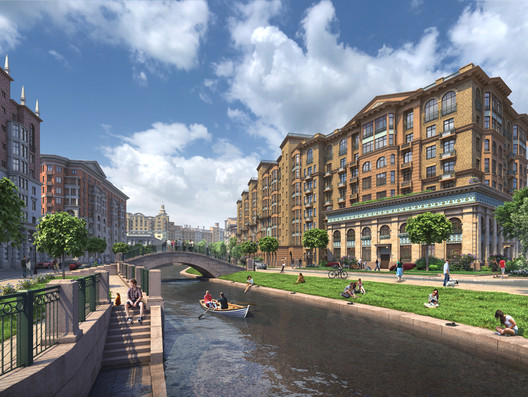