Read more
Save
4000 Shades of Green: Transborder Studio's Redesign Proposal for the "Grey Belt" in St. Petersburg
Share
Or
Copy

Oslo-based Transborder Studios is one of nine international firms competing to transform St. Petersburg’s “Grey Belt,” a 4,000-hectare territory of inactive industrial buildings and open spaces. The firm, which just won a competition for the development of Oslo’s new “Agricultural District,” is proposing a green rejuvenation with four multi-performing landscapes, a productive buffer, and development hubs.

Our concept consists of a landscape strategy for highly performative ecosystems, a strategy for sustainable industrial zones along the traffic corridors and a densification strategy around metro hubs building the foundation for a green future, not only the Grey Belt, but for the entire city of St Petersburg, says Oystein Ro, Transborder Studios Founder.

Bordered by the Ekateringofka River on the west and the Neva River on the east, the subjected area poses difficulties due to the cost of building transformation. Transborder aims to reuse existing resources — industrial heritage and existing public infrastructure systems — as instruments for sustainable development.

The firm’s proposed four green corridors (transforming existing green structures in the Grey Belt) consist of Ekatringofka Seaside Park, The Linear Park, the Vokovka River Park and the Neva Riverbank Park. In addition to immense areas of suggested recreational space, each system will offer numerous services for the city (i.e. cleaning up the air, rain filtration, an increase in biodiversity, or energy production).

“Leftover space” adjacent to toxic infrastructure will be turned into a productive buffer used for “sustainable large scale production, distribution, and repair.” Finally, the firm plans to center growth around current metro stops as these areas already attract daily passengers.

The Committee for Urban Planning and Architecture of St. Petersburg is currently judging proposals. 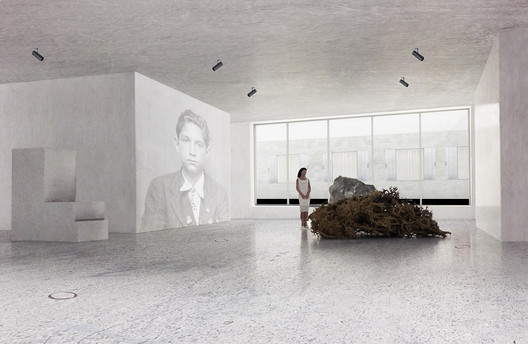