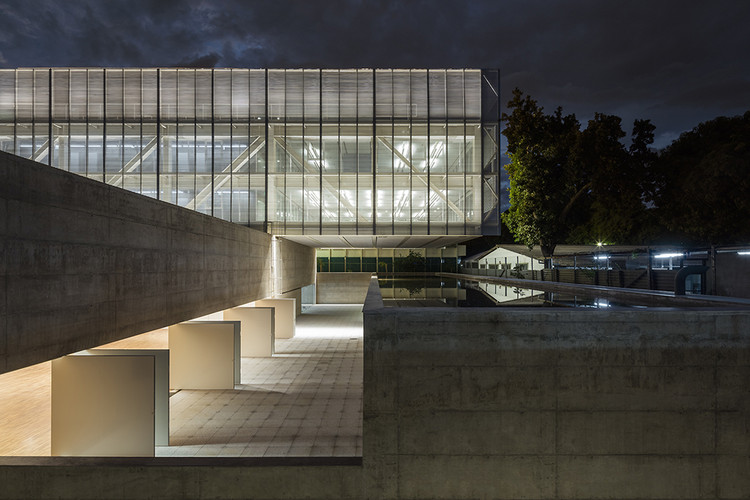 Text description provided by the architects. The primary condition for the design of thenew headquarters of Confederação Nacional dos Municípios (CNM) is the creation of a metropolitan area in line with the urban context of the city of Brasilia. The action plan adopted for the design of the new building is based in some fundamental assumptions:

- The land use gives emphasis on integration of users with the built landscape;

- The organization / hierarchy of the ground floor should strengthen its function as the main local of convergence;

- Preference for a clear and rational structural system that will guarantee speed and economy in construction;

The project is embodied along an axis in the form of a white metallic volume floating gently on a concrete basement. The transparency of the volume creates a special relation with their surroundings.

The arrangement of the built elements is a direct response to the distribution of the program in the site:

- The base contains all the public functions, spaces to house the external audience (the auditorium, foyer, support rooms) as well as living spaces (coffee and restaurant);

- The foil has the administrative areas;

- In the roof terrace there is the meeting rooms;

- Finally, in the basement, is the garage and an annex to the technical areas, service and maintenance areas.

The design of the ground floor was the guiding principle of the proposal. We have created a square, slightly sunken in relation to the midlevel of the terrain, which unfolds on two levels and results in a new topography for the lot. On the ground floor  a reflecting pool guides the pedestrian towards the reception, giving access into the administrative areas. In a lower level, in the base, is the civic square from where you can access the auditorium. A staircase connects the two levels allowing the realization of events autonomously, without affecting the functioning of the administrative areas. The ground floor has two purposes: it is both support for the settlement of the new set and an interface with the city. 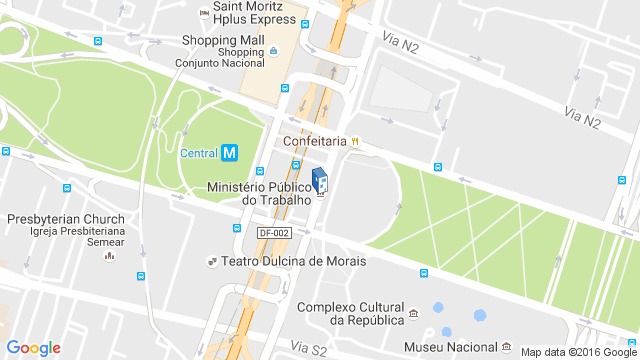