The new Hunters Point Community Library, designed by Steven Holl Architects, has topped out. Located along the East River in Long Island City, New York, the 22,000 square foot library will add a new community-devoted space to the waterfront, while serving as a new icon that can be seen from across the river in Manhattan. 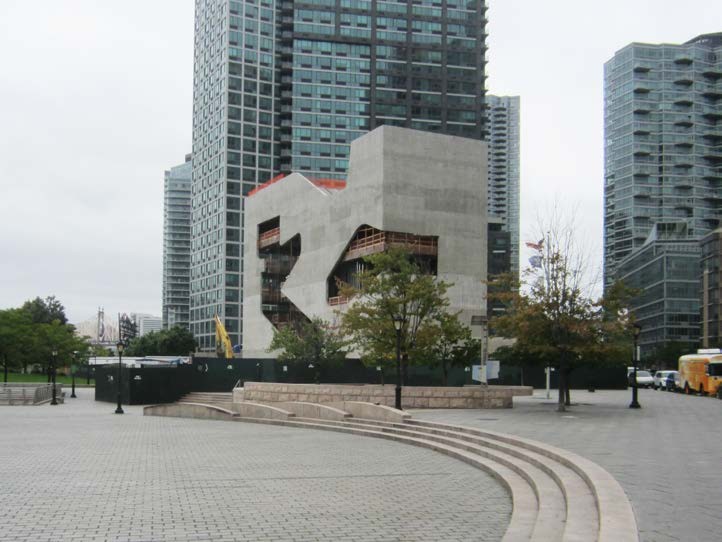 The building’s exposed concrete structure has been painted with aluminum to give the entire building a subtle sparkle and set it apart from the backdrop of recently built residential towers. To reveal the circulation and interior of the library, the building volume has been carved away following a golden-section motif, and glazed to give visitors views out toward the city as the ascend a series of bookshelf-flanked stairways.

“This remarkable building has caught the eyes of people on both sides of the East River,” said Queens Library President and CEO Dennis M. Walcott. “We owe it to them, our customers, the community and everyone who helped to bring the project to this point to mark how much progress we’ve made since we broke ground in May 2015.”

“The building topping out clearly shows the curvilinear cuts and subtractions in its simple rectangular volume, revealing the internal circulation and indicating the most important elements of its program such as the Children’s Library on the east and west facades,” said Steven Holl. “The balance between the digital and the book is key to its inner spatial organization. This is a joyful day!”

The library is scheduled to open in Summer 2017.