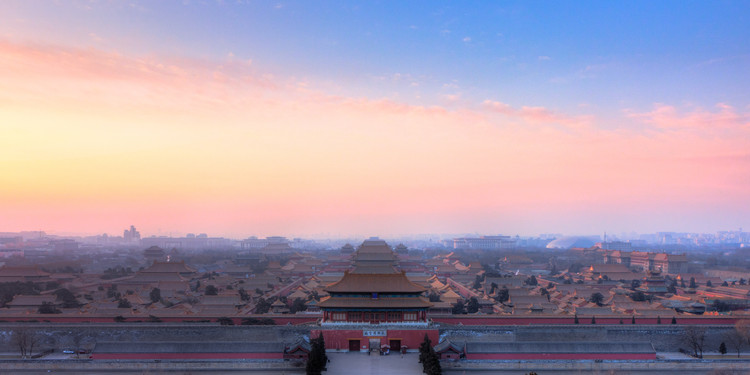 For a millennium, the city of Beijing has served as the capital several empires and dynasties.[2] At the beginning of the 15th Century, however, it was a comparatively unimportant “backwater,” and one which had fallen into ignoble disrepair. Emperor Zhu Yuanzhang, known as the Hongwu Emperor, had made his capital at Nanjing – a city situated on the Yangtze River, a little further south.[3] When Zhu Yuanzhang’s fourth son, Zhu Di, began his reign as the Yongle Emperor in 1403, he did so in Nanjing. However, Zhu Di had spent many years in the plains of northern China and had therefore built his power there; having instigated a civil war in order to take control of the empire from his nephew, it is perhaps unsurprising that he sought to center his government in a region more comfortably in his grasp. At the time, his chosen capital was named Beiping (“Northern Peace”); under Zhu Di, the city would, for the first time in its history, be named Beijing (“Northern Capital”).[4]

The new name was only the beginning of Zhu Di’s grand vision for Beijing. Starting in August of 1406, Zhu Di ordered a massive collection of building materials from across his empire to be brought to the capital: some of his envoys oversaw the harvesting of timber and stone, while others supervised the production of bricks and tiles. The palace he had in mind would require enormous logs and vast amounts of marble, the former of which were delivered from forests 1,500 kilometers away from Beijing. All other materials, from clay to gold, were sourced from virtually every province in China. From 1417 to 1420, 100,000 craftsmen would produce the elements which over a million laborers—many of whom were convicted criminals or conscripted workers—would assemble into the glorious capital envisioned by their emperor.[5]

The new Beijing was to be a city of districts within districts. Approximately twelve square miles (thirty square kilometers) in area, the Inner City was a rectangular area enclosed by walls standing forty feet (12 meters) high. At its center, covering only two square miles (roughly five square kilometers) and surrounded by another wall, was the Imperial City – a district comprising the homes of the Emperor’s relatives, the offices of the Imperial bureaucracy, two temples, and a spacious pleasure park decorated with artificial lakes. At the heart of the Imperial City, surrounded by a moat and a third set of walls, lay the Forbidden City itself.[6]

As its name implies, the Forbidden City was closed to all but a select few. Its Outer Court, occupying the southern portion of the palace complex, was used for public audiences and ceremonies and comprises expansive courtyards and monumental pavilions designed to intimidate those who were allowed to enter. To the north lay the Inner Court, which housed the residences of the royal family, their servants, and the Emperor himself. The complex, like all of Beijing, was aligned to the points of the compass, with gates at all four cardinal points. As such, the most important structures of the Forbidden City were situated on a north-south axis that ran from the city’s southern entrance.[7]

Those visiting the Forbidden City for an audience entered by the southern portal, known as the Meridian Gate. Here, they were required to dismount horses and proceed on foot into a vast courtyard. Five marble bridges led over a curved canal (named the Golden River); after traversing one of these bridges, visitors passed through a gatehouse into another courtyard at the foot of the palace’s largest building: the Hall of Supreme Harmony. It was in this enormous space that the Emperor would hold audiences, while supplicants were required to show their respect by a ritual of kneeling and bowing known as the kowtow.[8,9]

The Hall of Supreme Harmony, flanked to the north by the Halls of Central Harmony and Preserving Harmony, formed the climax of procession through both the Forbidden City and, on a larger scale, through Beijing itself. The Three Front Halls, as they are known, stand upon a three-tiered marble platform named the Dragon Pavement. Rising from the gleaming stones are the wooden pillars that support the Halls; despite the profusion of elaborately carved wooden brackets underneath the rooflines, it is these pillars that form the primary structural members of the palace buildings.[10]

While scale alone is not the only indication of power in the Forbidden City, the unique height and breadth of structures (such as the Hall of Supreme Harmony) stood as unmistakable symbols of authority. The form of the roofs—with one horizontal and four sloping ridges, and two eaves—were traditionally reserved for the most important imperial buildings. The form was further accentuated by lustrous yellow tiles (the imperial color). At the time of the Forbidden City’s initial construction, a viewer standing atop the Dragon Pavement would have seen nothing but the marble of the courtyard, the rusty red clay of the walls, the golden tiles of the palace rooftops, and the expanse of the sky above.[11]

Situated behind the monumental pavilions of the Outer Court, the Inner Court was built at a relatively intimate scale. A network of walled passageways leads to the various residences, kitchens, studios, tearooms, libraries, and other living spaces required by the Emperor, his family, his concubines, and their horde of servitors. The Three Palaces of the Inner Court stand in a similar arrangement to the Three Front Halls of the Outer Court, albeit at a smaller scale in keeping with their surroundings. The Palace of Heavenly Purity, the counterpart to the Hall of Supreme Harmony, was built as the primary residence of the Emperor himself, though it was supplanted in this function by the smaller Hall of Mental Cultivation by the time of the Qing Dynasty.[12]

A succession of weak rulers followed Zhu Di’s reign and, by 1644, the gradual collapse of the Ming Dynasty allowed for the subsequent conquest and reign of the Qing Dynasty. While the Qing emperors were Manchu, as opposed to their Han Chinese forebears in the Ming Dynasty, they maintained the Forbidden City largely in its original style. Fires regularly destroyed the palace’s wooden pavilions, but the only structures notably exhibiting Qing instead of Ming design sensibilities were those added to the original complex: Emperor Kangxi, in particular, embarked on an ambitious construction project in the eastern and western portions of the Forbidden City.[14.15]

The Forbidden City outlasted not only the Ming and Qing Dynasties, but Imperial China more widely. The nascent Republic of China declared the former palace as a museum in 1925; in conjunction with a later Qing palace, the 600-year old complex was afforded UNESCO World Heritage status in 1987. Its elaborate, symmetrical arrangement of courtyards, gardens, and pavilions stands as the largest and most elaborate example of ancient Chinese urban ideals, and both its architecture and the thousands of relics housed within showcase the variegated cultural history of China and its neighbors.[16] No longer forbidden, the Forbidden City is a silent monument to a bygone age of imperial splendor – a time when the world was thought to revolve around its faded red walls and golden rooftops. 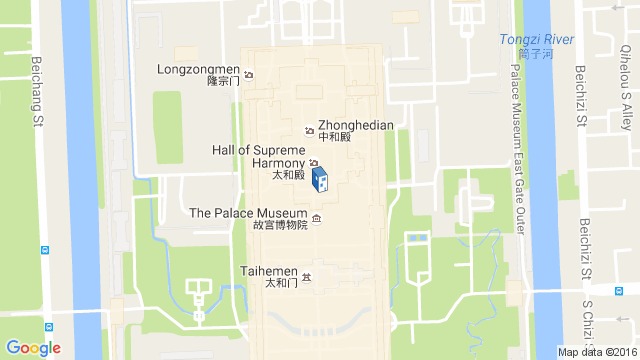 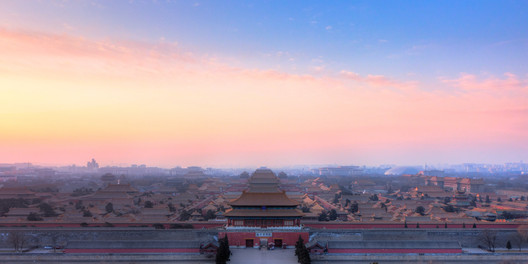