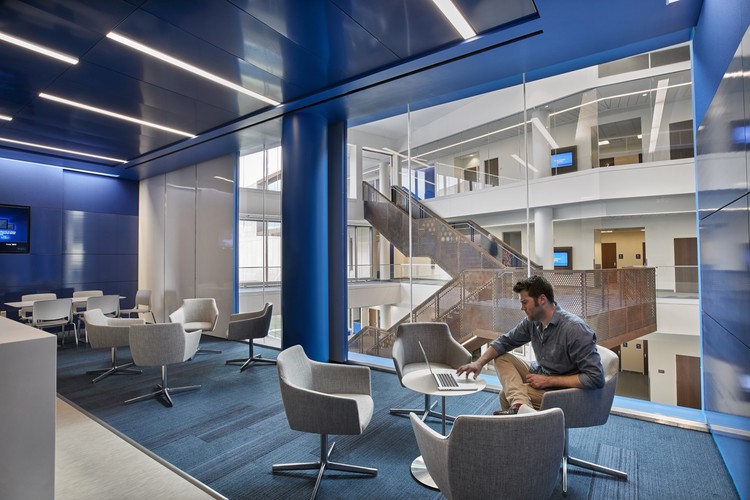 Text description provided by the architects. Incubation by Design

In a marked shift from traditional academic design, the school’s interiors are more closely related to academic incubators, co-working spaces and start-up offices than they are to typical classrooms, student unions, libraries, or laboratories. The design offers students a glimpse of where they could go after they make the leap from campus to workplace.

Louis Pasteur’s quote, “Chance favors the prepared mind,” served as inspiration to the design team. The team designed flexible interior spaces that offer cues to people using them, to motivate people to connect in new ways. The design engages students by inviting authorship and offering students choice and control over where and how they learn.

Designers realized that students and faculty had to see each other while going about their daily routines to promote new kinds of interactions. To that end, Gensler designers crafted sight lines to connect spaces that were previously isolated: faculty workspaces and student classrooms. Staggered floors and openings further drive a sense of awareness and continued connectivity.

A signature feature of KU’s campus buildings are their iconic hitched red roofs. As a nod to the campus’ storied history, Capitol Federal Hall’s new auditorium features a “Red Green Roof.” Using a 60/40 mix of red to green sedum, the environmentally friendly surface compliments and visually connects with the red roofs across KU’s campus.

Located at the heart of KU’s campus within sight of Allen Fieldhouse, home to KU’s legendary Jayhawks Basketball, Capitol Federal Hall aligns itself with high performing institutions and acts as a dynamic gateway for students, alumni, faculty and visitors alike. The building’s central location positions it to connect KU’s older campus on the north and east to its newer campus on the south and west. Capitol Federal Hall is intended to be a building for the entire campus, not just for those in the School of Business.

Looking to mimic the hilly topography of the campus, the building’s “Social Steps” allow students to see and be seen, again encouraging the chance encounters that were at the core of the design of Capitol Federal Hall. Gensler collaborated with students from the School of Architecture, Design & Planning to design, manufacture, and install bench/work platforms on the steps.

Through donor embracement and mentor dependency, KU’s School of Business seeks to integrate its current students with alumni, recruiters, companies, and visitors. By creating an environment where professionals can feel comfortable, Capitol Federal Hall achieves the integration of these key stakeholders, encouraging alumni mentorship of current students.

A sponsored Jumbotron located in the building’s central atrium allows the space to become customizable. 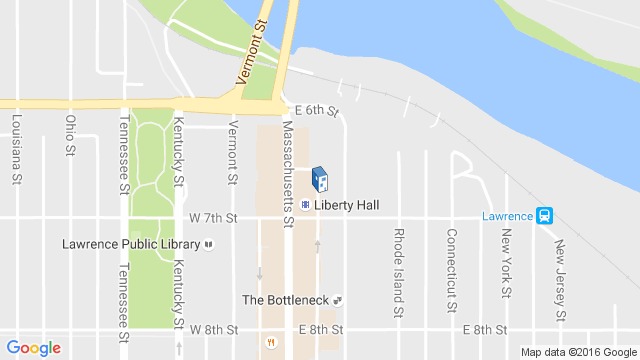