U.S.-based firm Sasaki has won the international competition to redesign Suzhou Creek—also known as the Wusong River—in Shanghai, China, which was historically one of the city’s most vital water routes, but which, in recent decades, suffered severe pollution and neglect. After receiving a grant from the Asian Development Bank, the waterway has been cleaned and is now in the process of becoming a new centerpiece for Shanghai. 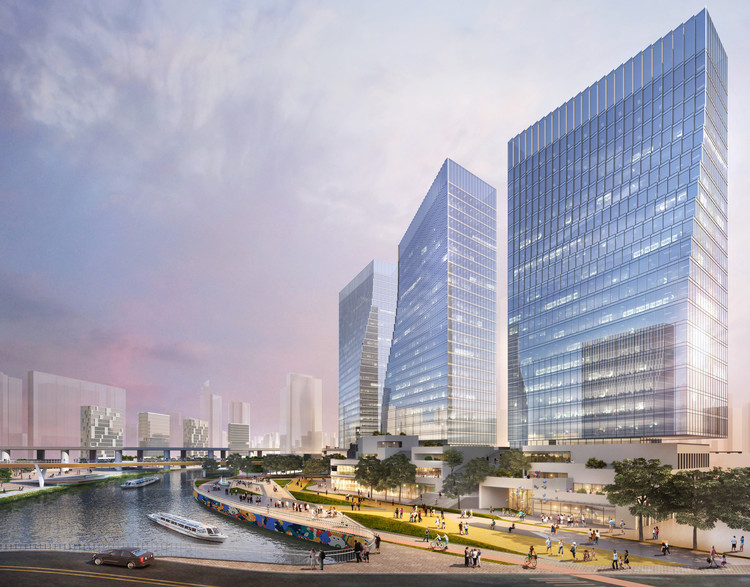 For thousands of years, long before Shanghai evolved into a global metropolis, Suzhou Creek dominated the landscape. As the region was settles, centuries of human manipulation sought to contain Suzhou Creek, transforming it from a key feature of the watershed into a highly engineered canal used to transport goods and materials. Suzhou Creek is often credited as one of the primary drivers of Shanghai’s modern industrialization. For recent generations of Shanghainese, however, Suzhou Creek is remembered as a wasteland, culminating in a public health hazard that disproportionately affected the city’s poor and most vulnerable - stated the architect.

Last year, two city districts abutting the creek—the wealthy south bank and the socially underrepresented north bank—combined, creating a “physical and mental divide that underscored the dichotomy of contemporary Shanghai.” Sasaki’s plan, however, utilizes the merger of municipal districts as a catalyst for development and renewal, in order to “address vast physical and social gaps in the city’s fabric.”

The new design focuses on “expanding the perceived waterfront of Shanghai into the urban blocks adjacent to the creek,” which will reclaim the space for public use, thereby creating an urban and cultural watershed delineated by the recreational waterfront edges and urban frontage. New mixed-use development will additionally strengthen connections with nearby destinations like Shanghai’s contrary railway station and the M50 Arts District.

By avoiding the preconceived notion of the Creek as a linear experience, the design reorganizes the waterway into a series of urban nodes and parks. These parks are spaced at no more than 500 meters apart, creating a much-desired community-oriented open space and allowing the creek to engage with the surrounding neighborhoods. Furthermore, historic warehouses along the creek will be “repurposed as cultural destinations to further strengthen the burgeoning arts scene along the creek.”

The Suzhou Creek plan additionally considers the unrealized capacity of the space as landscape infrastructure, and will incorporate wetland terraces to “restore natural habitat, mitigate the impacts of occasional flooding, and provide opportunities for people to get close to the water.”

The ideas we developed for Suzhou Creek speak to the incredible power of Sasaki’s collaborative, global practice. Our urban designers, architects, landscape architects, and ecologists worked together across offices on two continents to create a world-class approach that unifies miles of complexity along the creek, said Sasaki Principal Michael Grove. Tao Zhang, the project’s lead landscape architect, added: We looked beyond what was given and investigated more than expected, because we knew that great discoveries were not contained by the project boundary. The result is a bold yet plausible vision that integrates diverse social and ecological functionality with a balanced spatial composition. 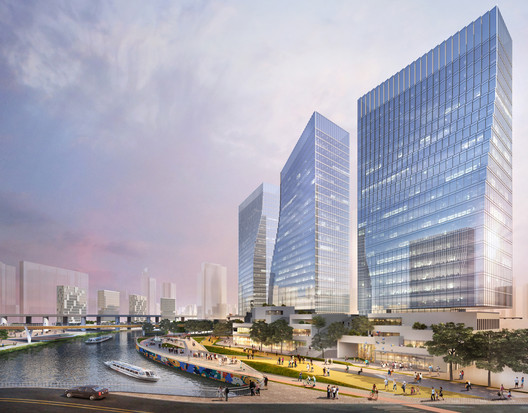